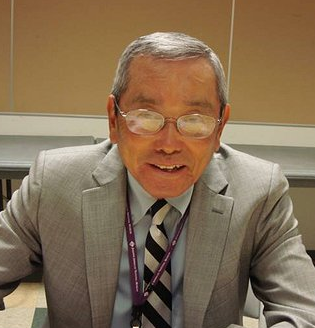 Beyond his devotion to family, he had two passions: judo and service to youth. For more than 70 years, Mas combined these two passions as an instructor of judo to the youth of Treasure Valley.

In 1939, Mas was instrumental in founding the Boise Valley Judo Club. In the 68 years since, he has given innumerable hours of instruction to literally thousands of Treasure Valley young people in the art and discipline of judo.

Mas was a devoted sensei, routinely leading classes twice a week at the Boise Valley Dojo. In addition, he often took numerous students under his wing for private instruction at no charge. He was instrumental in bringing Judo notables to the Boise Valley and hosted some of the Keio University Judoka, thereby providing the impetus for beginning the College of Idaho Judo curriculum, with Mas as the instructor.

Widely recognized for his contributions, he received a national award from the Japanese American Citizens League in 1966 for his service to youth in acquainting them with their cultural heritage through the sport of judo. He was inducted into the USA Judo Federation Hall of Fame in 1994 and served as the sole northwest representative on the US Olympic Committee for 8 years, 1968-1976. Having attained the hachi-dan (eighth degree black belt), he set the example for excellence in his own dojo and throughout the Northwest.

Mas’ sense of service was not been limited to judo. He also chaired camp activities for the Ore-Ida Council of the Boy Scouts of America for a decade; served as clerk of the former Maple Grove School District 53 Board of Trustees for six years; and belonged to the Japanese American Citizens League Boise Valley Chapter since 1944, serving as president for three terms.
Having mentored many students, now grown and mentoring others, Mas’ legacy will continue to affect the lives of judo enthusiasts as many more young people choose to study this art and learn its meaningful application to the wholeness of their lives.