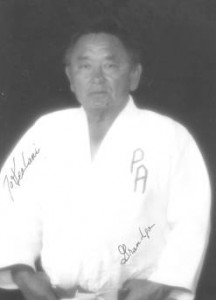 The grant has been established to provide financial assistance in support of the development and growth of USJF referees. The grant is specifically aimed at USJF referees who have exhibited a degree of technical proficiency, such that the Governing Organization has identified these individuals as candidates for further testing and certification through the PJU-C. The proceeds from the grant go towards defraying the costs of travel and other expenses associated with a referee’s attendance at the PJU-C testing site. This grant has also been established as a tool to encourage, support and increase new referee participation.

Referees who have reached a degree of technical proficiency and show the interest and acumen to further develop themselves through top-level testing and certification of the PJU-C are eligible for theGRANT. In addition, the grant should be utilized to assist in the establishment of programs and incentives to encourage new referee participation.

The official rules of the grant shall be established and governed by the Grant Committee. The Grant Committee members are composed of (i) the chairperson of the USJF Referee Development and Certification sub-committee or his or her designee; and (ii) additional members who are selected by the Central Coast Judo Association Board of Managers and the USJF Executive Committee.

The USJF Endowment Trust (the ‘Trust’) was established to develop and support programs which promote the sport of judo in the United States. Contributions to the USJF Trust are tax deductible and the income realized from the principal of the USJF Trust is used to fund programs such as this GRANT. The USJF Trust, in conjunction with this grant will help to ensure that the teachings and philosophy of Kitaura Sensei continue in perpetuity through all students and aspiring referees.