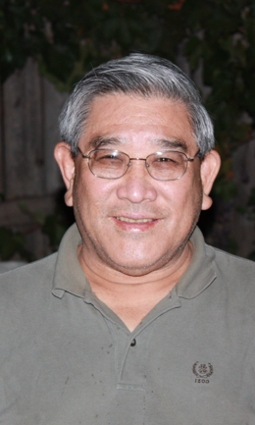 Raised in the Fowler and Fresno area on a farm

Program Supervisor, California Environmental Protection Agency, the Department of Pesticide Regulation. In charge of state-wide licensing and Certification Program which regulates the recommendation, sale, and use of pesticides in California. For 36 years employed by the State of California. Retired.

1957, started Judo at the Fowler Judo Club at age 12 under Sensei Toshiyuki Yamauchi (8 Dan), one of pioneers of American Judo and Sensei Frank Kawano (6 Dan). His father insisted that he take Judo since he was weak, skinny and uncoordinated. Mac’s first two years of Judo were very difficult and miserable as he was continuously being thrown and pinned by other players. Mac says he dreaded going to practice but continued at the insistence of his father. In 1959, Sensei Haruo Imamura (4 Dan) now 9 Dan came who was an all-Japan High School Champion, Tenri University Captain and the USA Grand Champion at the 1960 US Senior National Judo Championships. After graduating from California State University, Fresno in 1967, Mac traveled to Tenri, Japan in 1968 to study Japanese and practice Judo under Yasuichi Matsumoto (8 Dan), Japan’s first Olympic Coach in 1964, Hashimoto (8 Dan), Koga (6 Dan), Inouye (6 Dan), and coach Isao Okano (6 Dan). After a year in Japan, he returned to the USA and completed his Masters degree in Plant Science. He continued to train and teach Judo in Clovis, Fowler, Visalia, Bakersfield, Reedley and Tulare before moving to Sacramento in 1978. In 1978 he joined the Sacramento Judo Club as an Instructor and became the head instructor of the Club in 1992.

Hokka Vice President, vice chair and now Chair of the Board of Examiners for the Northern California Judo Association (Hokka), Referee Clinic Chair,; Member of Hokka Board of Directors. He is also an accredited National Referee and Continental Coach. California Judo Inc.- Chair and member Board of Examiners, past vice president, Chair of Standards and Certification Committee, Representative to USA Assembly and member of Board of Directors when CJI was a part of USA Judo.

Has over 100 USJF registered members annually

1996 USJF National Coach of the year.