We have received notice of events posted by the Konan Yudanshakai. Please use this link.

On Sunday February 9th over 600 contestants including black belt elite judoka coming from all over California and the Midwest competed in the 66th Annual San Jose Buddhist Judo Club and 22nd “Sensei Memorial” Invitational Judo Tournament. This year the tournament was dedicated to Keiko Fukuda Shihan (or Master), 10th Dan, who passed away only one year ago on the same day of the tournament. Until her passing, Fukuda Shihan was the last surviving student of Dr. Jigoro Kano and the granddaughter of the man who was Dr. Kano’s first sensei.

The tournament was initiated by a ceremony in her honor where San Jose Buddhist Judo Club Co-head Instructor Daniel Kikuchi presented gifts to prominent guests from the judo community. Among these guests were San Jose State University Judo Team Head Coach and former USA Judo president Mr Yosh Uchida who spoke about Shihan Fukuda’s contributions to judo and the impact her contributions have made for women, as well as all members of the discipline. 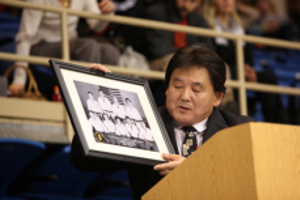 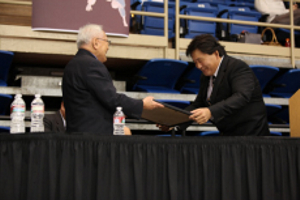 2012 Olympic Bronze Medalist Ms Marti Malloy, in symbolizing Fukuda Shihan’s vision for women in judo, received a gift of a photo displaying both a portrait of Marti Malloy and Fukuda Shihan when she was about the same age. 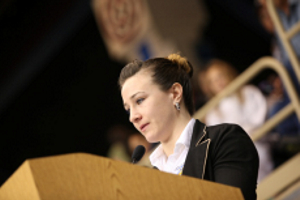 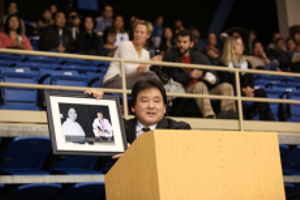 Fukuda Shihan’s successor Mrs Wilina Monar Sensei accepted a gift from San Jose Buddhist Judo Club as new head instructor of Soko Joshi. In her eulogy to Fukuda Shihan, Monar Sensei spoke about how Fukuda Shihan’s teachings made great contributions to not only her own physical and mental development, but to her spiritual growth as well. 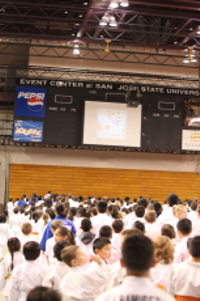 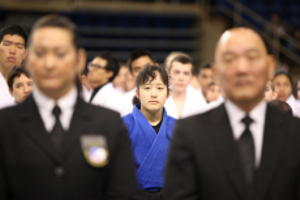 As the largest local tournament in the United States the event proceeded smoothly and ended earlier than usual with Cupertino Judo taking home 1st place for the team prize. San Jose Buddhist Judo Club gives special thanks to the San Jose State Judo Team for their participation in the tournament and to the clubs and competitors who have made this one of the best local tournaments over the years.

We have received notice of events posted by the Konan Yudanshakai. Please use this link.

We have the sanctioned packets for the Junior and Senior Nationals in July. We will be posting them on our 50th State website, and they are here as well.

This year was the first ever without Sensei Fukuda and the event was both a celebration of her legacy in judo, and a memorial to her. San Jose Buddhist and Palo Alto first joined her in presenting the celebration in the 30th year. The event is based on the traditional Kagami Biraki celebration at the Kodokan and features demonstrations of the seven Kodokan katas.

This year the tradition of the jodoka re-dedicating to Judo for the coming year continued. The ceremonies ended as usual with a lunch enjoyed by all the participants and the audience.

Here is the link to this year’s Kagami Biraki photos.