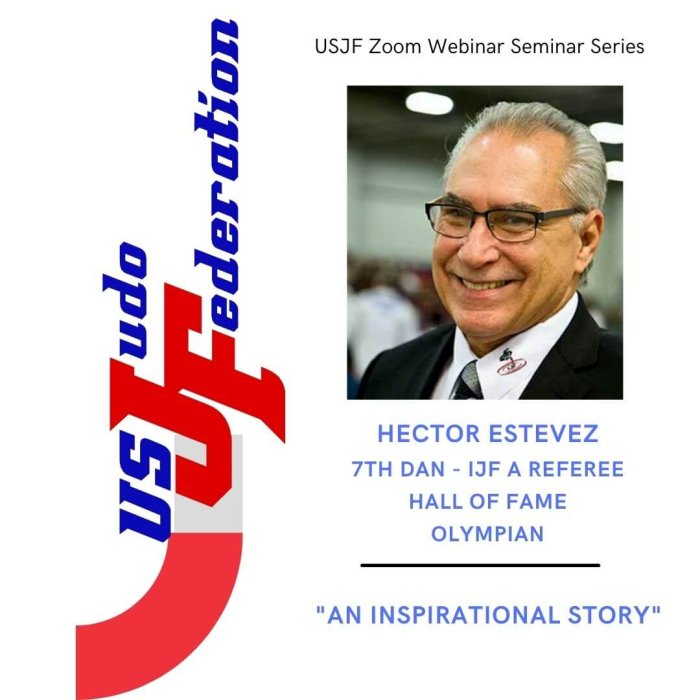 Few American judoka can claim careers comparable to that of Hector Estevez.  His incredible record of competition, from its beginnings in Cuba all the way to earning his place as an Olympian, has been followed by an equally impressive rise through the top ranks of international refereeing to be selected as an Olympic referee.

Join us on June 12th at 1PM (Pacific) for an in-depth conversation with Sensei Estevez as the guest in the ongoing USJF Seminar Series of webinars. You won’t want to miss this inspirational story of one of the most dedicated and successful judokas in the history of US judo.