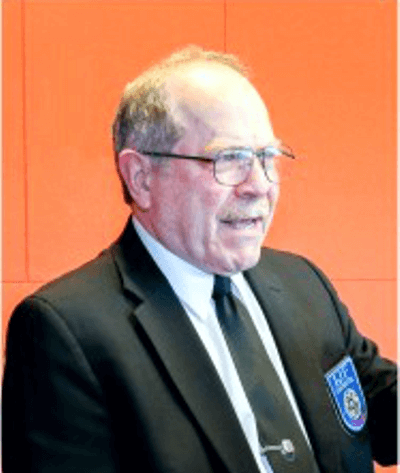 Neil Simon’s decades of contributions to USJF and Konan Yudanshakai, as well as to his students and community, make him an excellent candidate for the USJF Hall of Fame as a Program Administrator. His respect for the traditions, values, and offerings of USJF has motivated his persistent efforts to develop and optimize many of USJF’s current organizational systems, policies, and procedures. These changes have expanded USJF’s accessibility, consistency and longevity. 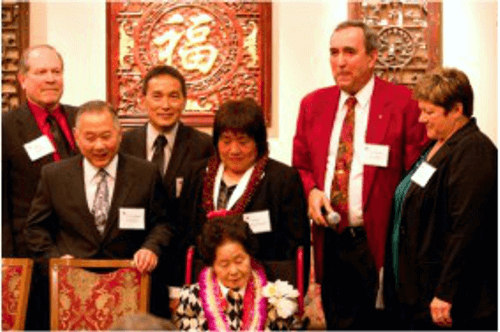 Behind and under USJF’s judoka on the mat, are systems Neil has initiated and fostered that keep the best interest of USJF in focus, so USJF may continue to be a force for good in the world and for the people involved. Neil’s decades of contributions to those underpinnings have been transformative. While in the dojo, his leadership has fostered many new and diverse participants, expanding the martial art’s accessibility and appeal. 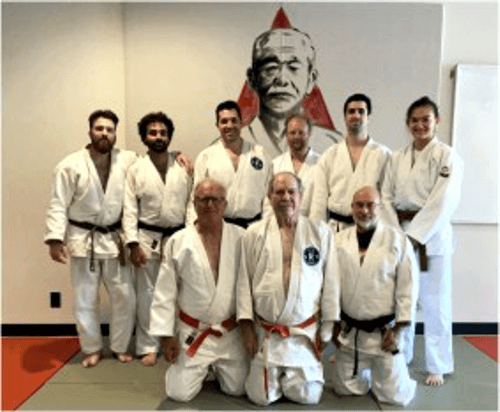 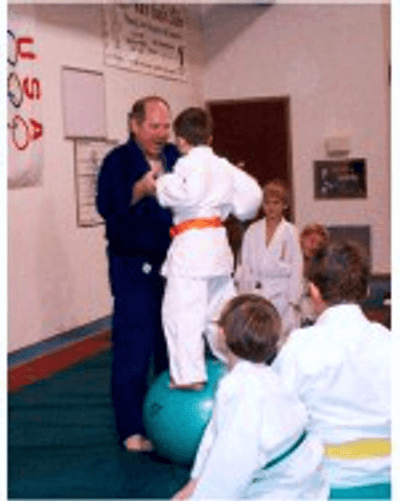 At a joint workout

Neil lives by several maxims, including: helping others create their successes; taking action to create mutual welfare and benefit; and changing the world using the principle of minimum effort with maximum effect. That’s why so much of his work involves helping build skills so people can be successful.

He has worked tirelessly to help align, organize, systematize, and document many USJF and Yudanshakai functions leading to membership awareness and service improvements. Much of his work for USJF and Konan Yudanshakai involves
recognizing the talents of individuals, then creating teams that use their expertise and experience to collaborate and cooperate and reach the team’s goals. He sees the system and the people within the system and values both, and that has helped USJF grow and flourish.

Success and Growth in the Dojo

Neil was initially involved in Judo starting in 1966 then took a hiatus to explore other sports and the arts. With his return to Judo in 1978, he continued to progress from student, to head youth instructor and to head instructor at the Ann Arbor YMCA in Michigan. In that capacity, he fostered a community of youth, college-student and adult learners of different races, genders, body types and skill sets who helped one another.

As he continued judo, he picked up several certifications which added to his Judo acumen. Eventually he went on to form a not-for-profit judo enterprise, Shojin Judo, whose mission is to “assist children and adults in their personal development through Judo.”  In both judo organizations, he worked with special needs youth and adults, including working with the visually impaired and blind, hearing impaired and deaf, autistic spectrum disorders, medical disorders (working with the participants’ physicians), and other special needs. Making the sport more accessible and enriching his local community as well as the Judo community. 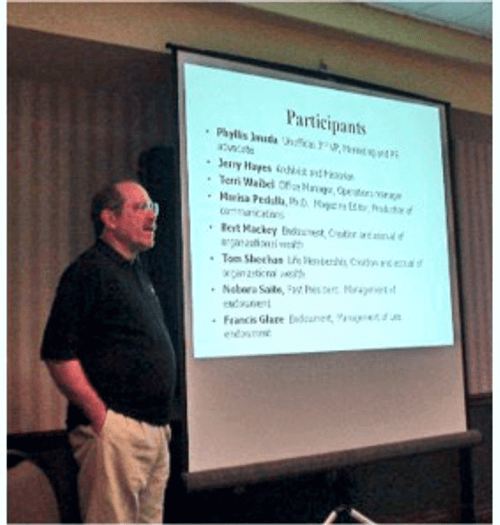 Presenting at a Strategic Planning meeting in 2006 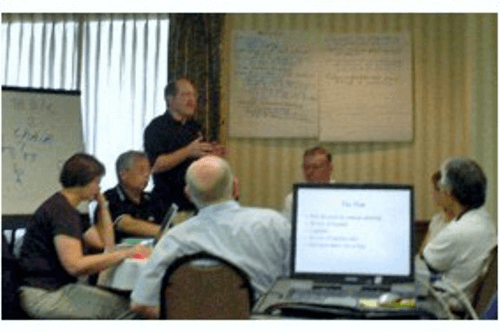 He achieved his 1st degree blackbelt in 1989 and developed skills as a table worker, table supervisor and then referee assisting at local, regional, national and international events. He continued learning and found he excelled in the areas of teaching, refereeing, teaching and judging kata and helping further organize the “business” parts of the sport. He became involved in his Yudanshakai, Konan Judo Association, by serving in several roles eventually becoming its President and Executive Director.

He fulfilled the different roles of referee, including Chief Referee, at many local and regional events. He also participated as a kata judge helping participants develop their kata skills through his feedback. He was Tournament Director and served in several roles for many local, regional and USJF events over the years.

He was the innovator and coordinator for many years of joint workouts that involved training for judo players from multiple dojos.  He facilitated training included techniques taught by the attending dojo instructors to the groups of participants, refereeing, and mock shiai that allowed the participants to learn how to perform at tournaments as well as practice refereeing.  The size of the training groups ranged from 25 to 150 participants.

As part of President Palacio Sensei’s first administration he designed, developed, and piloted a Dojo Management Program/Manual to be used to help establish new dojo’s.

Strategic Development in the Organization

At the national level he started off as the Assistant to President Noboru Saito Sensei by fulfilling several special projects that helped develop USJF and its administration.  His first major endeavor was a major marketing study of USJF Dojo’s. This project helped Yudanshakai leaders understand the business and marketing side of dojo management. The study itself helped in a re-think of the USJF dojo culture, emphasizing customer service and team building. 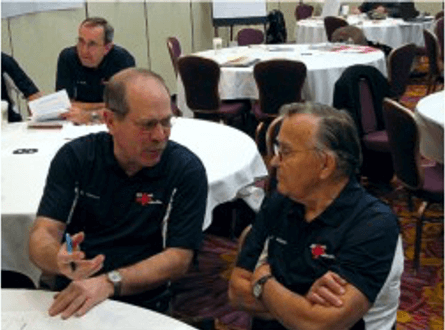 The Chairperson of the Board of Examiners, Robert Brink Sensei, asked Neil to facilitate the Junior Development Guidelines, which expanded the number of promotion belts that could be awarded to youth. This helped meet youth needs for additional promotions in order to retain more youth membership. He also wrote a White Paper defining the USJF concepts of Coach and Teacher.

Neil was the major organizer and developer of the USJF Self Defense Program/Manual. He worked with the Board of Examiners to develop the program and training workshops. The initial program operated under the aegis of the Board of Examiners and eventually it became a Development Sub-Committee. He became Chairperson of the USJF Self Defense Committee and continues with the development of this committee’s contributions. He and his teams were involved the development of the Self Defense Video training program and the continuing education units used for certification and re-certification for Self Defense. He designed, developed, and implemented several self defense workshops locally, regionally, and nationally.

As the President of USJF he helped streamline the meeting and meeting process. He continued working with volunteer engagement and acknowledgement of those who contributed.

As part of his Presidential Administration he held ongoing strategic planning sessions that involved the yudanshakai in order to understand current issues and help set relevant USJF direction. Additionally, he also had Yudanshakai President Events to help bring issues to light that effected the effective and efficient operations and relationships by and between yudanshakai.

Under President Saito Sensei he facilitated development of the USJF Strategic Direction including development of a statement of USJF’s vision, mission, and guiding principles.

One of the special projects Neil worked on for the Board of Examiners was to help the organization at all levels develop strategies that they could use to build their business. He created a booklet called “Strategic Planning Made Simple.” He also conducted workshops for some of the Yudanshakai to help develop a strategic direction for their own growth and organizational development.

As an elected member of the Endowment Committee, Neil helped facilitate a strategic investment plan to optimize its conservative investment. He was instrumental in helping the endowment committee establish policies
and procedures for their awards. As the elected treasurer, he created a transparent financial management system, so the Board of Directors could understand the financial underpinnings of USJF. He also implemented many
financial policies and procedures

When elected USJF President, he worked with the Yudanshakai to identify organizational issues that needed attention. He worked closely with the USJF Executive Director, Robert Fukuda Sensei, to create the Joint Jr. National Tournament Contract and Guide. It is now used by USJF and United States Judo Association (USJA) to help align activities and ensure quality and consistency of events.

Another component of his administration was the development of a relationship with both USJF and USJA. He helped facilitate “grassroots judo” in a relationship with USJA which included development of a point system for those not in the elite international groups. With USJF corporate council he represented USJF for the restatement of the joint standards and ethics agreement (USJF, USJA, and USA Judo).

Neil contributed to the development of the American Judo Alliance. This was another joint effort to get the “Big 3” (USJF, USJA, and USA Judo) to align some policies for the betterment of Judo in the United States. He also was a facilitator of the American Judo Development Model whose intent was to create a joint, foundational coaching program.

After his presidency ended, he was automatically appointed to the USJF Hall of Fame Committee. He fulfilled the role of Secretary then Chair. During this term he helped formally organize and document the US Judo Hall
of Fame processes. 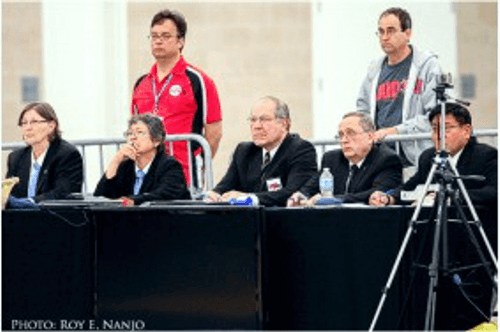 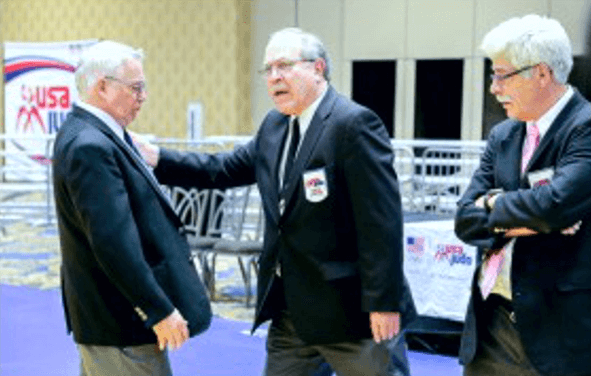 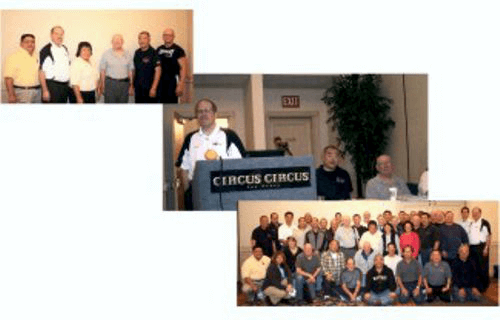 First Self Defence workshop: (Left to right)The Self Defence Committee, Neil Simon fielding questions, and the participants of the first workshop