On February 13, 2021, Kokushi Midwest Judo hosted Sensei Eiko Shepherd’s Virtual Kata Clinic to 53 international participants. Many of them have known Sensei Shepherd throughout her long career, but for some, this was their first time sharing the mat with her. They came from all over the world – the United States, the United Kingdom, Scotland and Mexico. 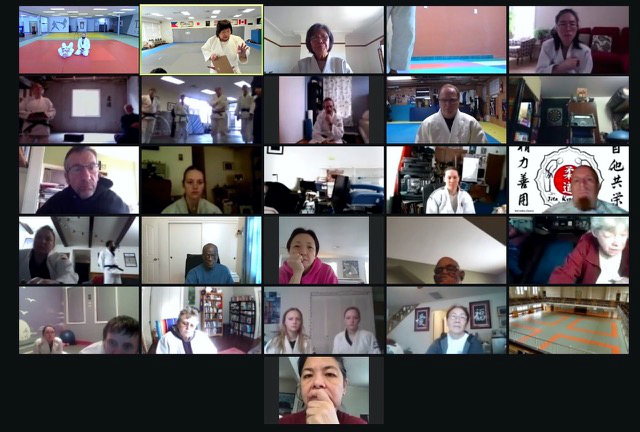 Virtual clinics are a relatively new phenomenon that sprung out of the start of the pandemic. Dojos across the world had to somehow keep judo going to their clientele and many switched to virtual training. Kokushi Midwest Judo in Champaign, IL has been offering online clinics where judo legends lead a one-hour class plus a brief Q&A. They have brought in the greats such as Neil Adams, Ilias Iliadis, Keiji Suzuki, Amarilis Savon, Edith Bosch and Flavio Canto – all live streaming from their home dojos in their own countries. It has allowed judoka to travel throughout the world without leaving their homes. 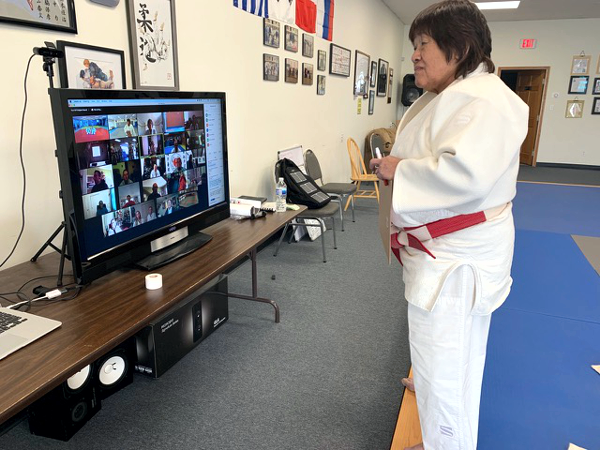 Sensei Shepherd is world renowned for her kata expertise and her undying dedication to the sport. She is on the road the majority of the year, spreading her knowledge to the next generation. Since the shutdown, Sensei Shepherd has stayed home and has only been on the tatami a handful of times with her own club, Kito Kan Judo Club in Florissant, MO. She has done two judo events in the past year – both online. The first event was the online version of Joshi Camp – an annual judo camp for women, which she has been involved with for decades. That event drew 60 people from all across the United States and it was open to everyone. Sensei Shepherd taught Nage No Kata in the comfort of her son’s living room. Many people can attest that when they share the mat with Sensei Shepherd, it takes a full 3hrs for her to just get through the first set. With the virtual event, Sensei zoomed right through the entire kata in under an hour. She received many accolades for it and there was a demand for her to do another one.

Sensei Shepherd returned for her annual Kata Clinic with much anticipation. She was joined by USJF Kata Vice Chairperson Ben Ott to do a two-part kata clinic. Mr. Ott streamed his segment from Mushin Judo Club in Boise, Idaho, where Sensei Shepherd streamed her clinic on the Kokushi Midwest Judo mat in Champaign, Illinois. Mr. Ott and his uke, Josh Kindelberger taught Katame No Kata, whereas Sensei Shepherd gave an in-depth presentation on Ju No Kata. She explained that the movements of uke (Grace Talusan) and tori should be very circular, using a fitness ball to demonstrate. She stressed on the importance of using kuzushi to get tori off balance in order to perform the techniques with ease and precision. The one surprise of the day was Sensei Shepherd performing the Tandoku Renshu (solo kata AKA Seiryoku Zen’yo Kokumin Taiiku no Kata) to the music of Cherry Blossoms in Winter by the Yoshida Brothers. It was a wonderful performance, but she complained that the sprung floor underneath the tatami caused her to lose her balance. 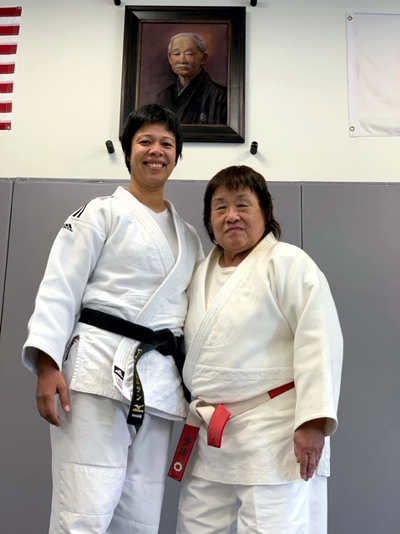 Despite the circumstances, everyone had a great time at the virtual Kata Clinic and for me, it was a joyous occasion to have been thrown by Sensei Shepherd (or anyone for that matter) in 11 months. I have loved these virtual opportunities, but I do look forward to the day when there are people on the mat again and we can engage in practice again.