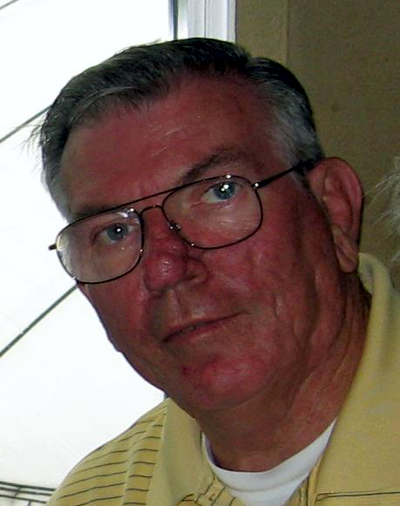 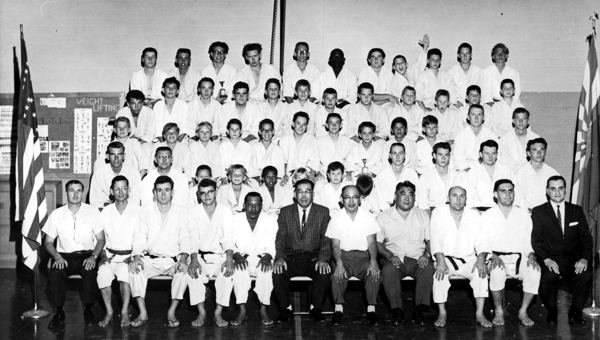 He competed in shiais in Arizona, Colorado and Long Beach, California until he joined the US Navy in January 1962.  After completing boot camp in April 1962, he was stationed at Naval Air Station located in Pensacola, FL.  The nearest dojo was in Mobile, Alabama, fifty miles from Pensacola.  As an ikkyu he started two dojos’, one at the Naval Air Station base and one at the Pensacola YMCA.

He competed in shiais in Florida and attended the first US Armed Forces Judo Training Camp in Denver, Colorado with a second camp in Glendale, Arizona.  Both camps were two weeks long.

In May 1964, he reported to the USS MARKAB (AR-23) in Alameda, California.  In June of that year, the MARKAB conducted an eight month deployment.  While the ship was in Yokosuka, Japan, he participated in three Japan shiais.  He was promoted to shodan in December 1964 at Watanabe Judo Dojo.

Upon completion of the deployment and for the next ten months he was a member of the dojo ran by Wally Jay.  Because he had to stay aboard the ship, every three day for duty, he was unable to attend a lot of practices.

From December 1965 to December 1968 he was stationed in Pearl Harbor, Hawaii.  Because he was standing duty and raising a new family, he was unable to spend much time working out.

After four months of Navy Schools he was assigned to Naval Training Center in San Diego, California.  He joined their judo dojo where he participated in shiais in the State of California.  He went three round at the 1971 Senior Nationals in Saint Louis, MO.  He placed second in the All-Navy Judo Championships in 1970.  He won some judo championships at the Pacific Southwest AAU Tournament and the Navy Eleventh Naval District shiais.  During this time, he was promoted to Nidan.

In September 1972 he was assigned to the USS TRUXTUN (GCN-34) homeported in Long Beach, California.  Of his eleven months on this assignment, TRUXTUN deployed to the West Pacific for six months.  He participated in the Eleventh Naval District Judo Champions in March 1973, where he injured his knee and was unable to participate in the All-Navy Judo Championships.

In August 1973, he was assigned to the USS LOCKWOOD (DE-1076), homeported in San Diego, California.  The ship made a six month deployment from November 1973 to May 1974.  During the deployment, he started a judo club and trained when ship operations allowed.  In March 1974, while the ship was assigned as stationed ship in Hong Kong, British Crown Colony, the dojo worked in at a dojo in Hong Kong.

After returning to San Diego and when the ship schedule permitted, he worked out at the Naval Training Center Judo Dojo and entered a few shiais.

In July 1975, he was transferred to the USS GURKE (DD-783) and they returned to San Diego, California for decommissions in January 1976.

He was assigned to shore duty in the San Diego area until December 1979.  During this time he was the assistant judo instructor at the Naval Training Center, San Diego.

From December 1979 to August 1982, he was assigned to the USS HEPBURN (FF-1055) homeported San Diego, California.  During that time when the ship was import, he worked out in judo at the Naval Training Center. 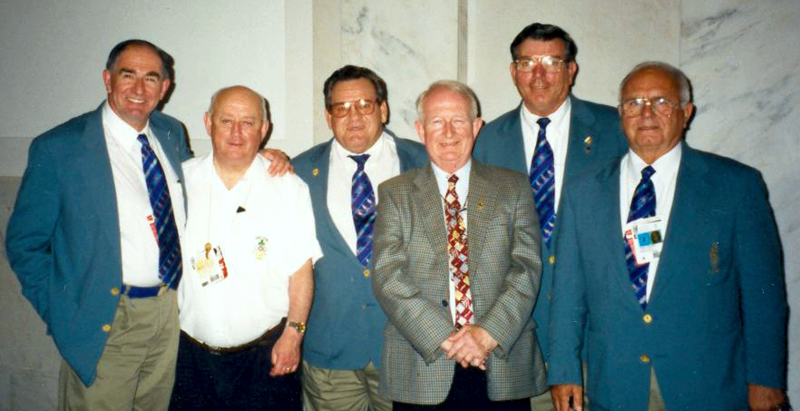 In 1987, the CISM Judo Championships were held in San Diego.  He was Co-Tournament Director for this champion ships.

In addition to various offices (President, Treasurer, Registration Chair) for the Pacific Southwest Judo Association, from 1969 to 1992, he served as Secretary for California Judo, Inc. for nineteen years and as area VP for two years.

He has served as a Technical Official for the following events

In 2004, he was the Tournament Director the USA Judo Senior Nationals, held in San Diego, California.  For this event, he raised funds for the attendance of the 1964 USA Olympic Judo Team, for which he was honored during the opening ceremony.

Also, in 2004, he was appointed as chair of the USJF Historical Committee.  He held that position until 2018.  During that time, his committee collected and archive over 300,000 items of judo historical documents. 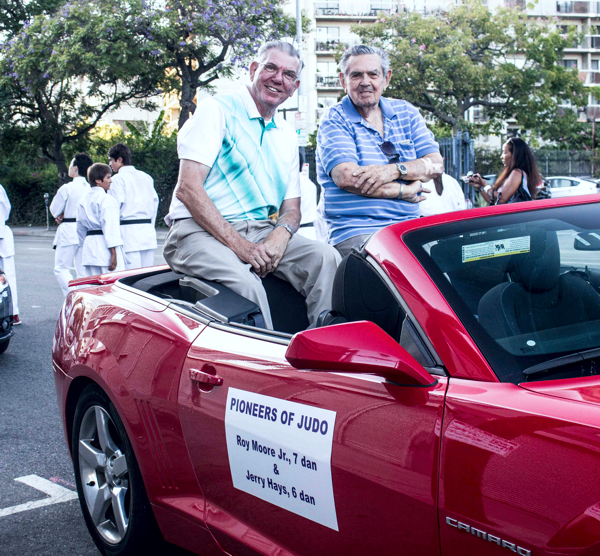 He has provided inputs for the following publications, “Judo in the U.S., A Century of Dedication”.  Since 2004, he has supplied judo historical document to the Kodokan Library, Bath Library, judokas in The Netherlands, Belgium, Japan, Mexico,, Canada and England.  In addition, after major shiais on the IJF circuit, he provides summary information to several judokas in the US and other countries previously listed.  He is on the distribution list for PDF document that relates to judo from https://www.academia.edu/.

In 2019, he received over 2,400 documents and photos that were held by Emil Farkas, Martial Arts Archives, for the late Mel Bruno, father of judo in USAF.  Mel was the first judo instructor at San Jose State, in the 1930s.

He has served on USA Judo Hall of Fame Committee, 2018-2020, where he researched information on judokas that were nominated and was Chair of Tournament Subcommittee from 2001-2004.

He plans to continue to research judo history and share with the USJF Archivist and other judokas previously listed.  He has archived over 12,000 newspaper article on judo and continue to search as more newspaper make their newspaper available to the public.  He still attends shiai, taking and sharing pictures. 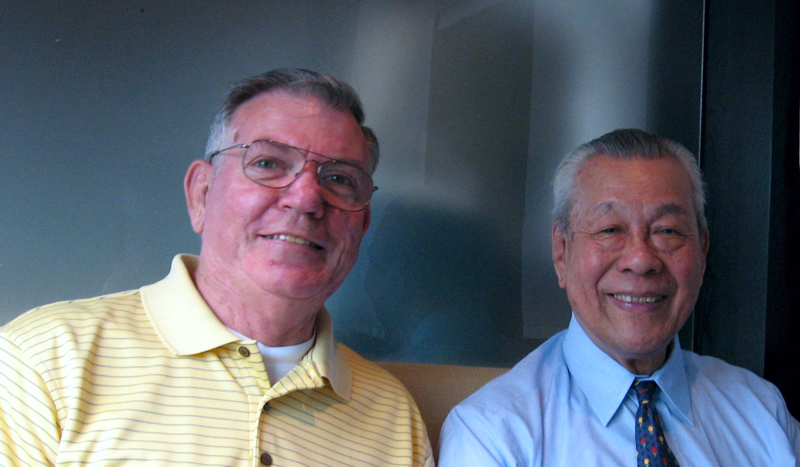 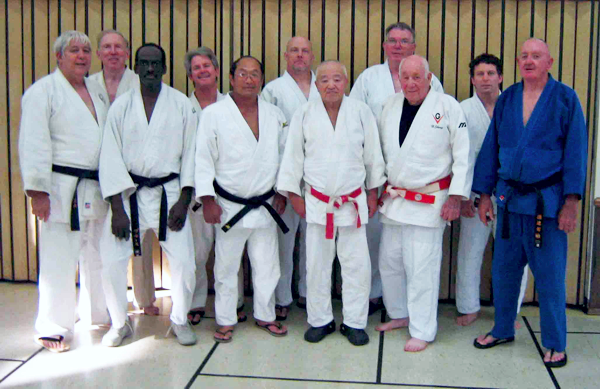