An apppreciation by Bill Gugino 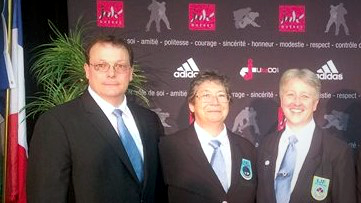 From my earliest memories in Judo, the name Ashida has always been synonymous with the highest of character. Janet holds the values her father Sachio, instilled in her with high regard and continually sets the example for others to follow. 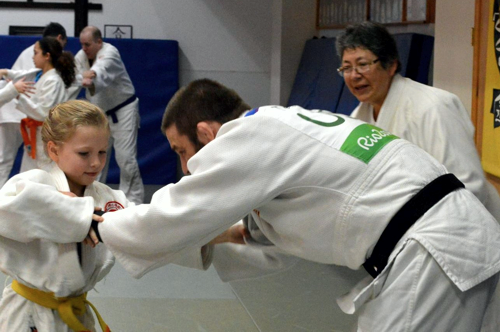 Janet is that go-to person you can lean on as a mentor not only in sphere of Judo, but in life as well. Over the past five decades she has worn many hats promoting the sport of Judo in various aspects from shia, kata, refereeing to club management; while holding seats on several state and national level committees, commissions and boards. Whether it is developing players from the grass roots level up to and including collegiate and national medalists she is continually coaching and nurturing Judoka through-out the entire process… Through her dedication to the sport and her students, she has produced two PJC-C referees, one IJF-B referee and one IJF-A referee, along with a host of national and regional level referees along with International Kata medalists. Subsequently, through her tutelage two (2) of her students achieved the rank of Kodokan Rokudan. She has ALWAYS given 110% of herself to ensure the best for others…. 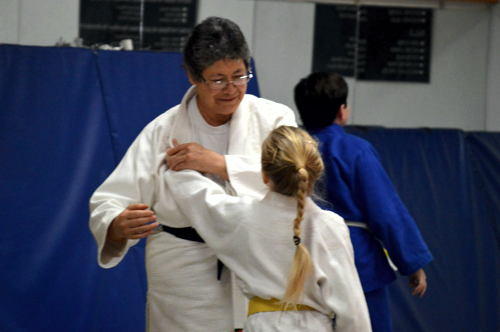 Since her retirement from formal teaching, she has taken the teaching modality for referee seminars and clinics to another level. Referees now have lessons delivered in a more efficient and structured format. Which in turn is helping to develop a consistency in presentation and application of material coast to coast. Many fellow referees thoroughly enjoy attending her seminars and clinics. For the past several years, Janet has led the day long clinic at the Am Can International Judo Challenge and has drawn officials, coaches and referees from across the US and Canada. Every year Canadian participation continues to grow. A true testament to her educational talents.

In 1976, her father was the U.S. Olympic Judo Coach tasked with running the Olympic training camp in Brockport, N.Y… At the time Janet was entrusted with MANY duties along with managing the youth camp as well. She had one little participant (bugger), whom we’ll say was a bit of a challenge. As a young inquisitive and active little fella, I was… let’s say… curious and liked to explore. When she caught me on the roof of the high-rise dormitory one evening, during bed checks, I wasn’t feeling a whole-lot-of-love. 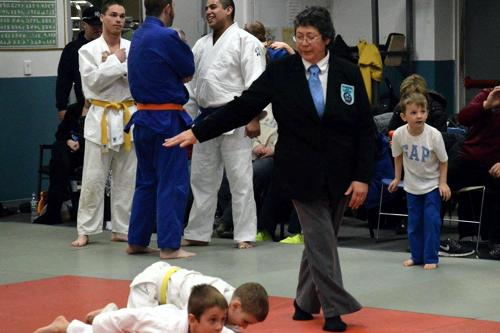 Personally, I want to thank her for not only being a presence in my Judo career as a referee, but throughout the journey as a Judoka spending countless hours mentoring me through the ranks, also proof-reading college papers for me during roundtrips to events. Whether through her loving (not always perceived as) concern to keep me focused on being the best I can be; she also, helped me remain on track after my Step-Father Sensei Tony Grisanti passed away. I was devastated and losing interest in becoming an IJF-A referee. This was an extremely difficult and tumultuous time for me. It is with sincere heart felt gratitude; I owe this achievement to her. I will never be able put into words the appreciation and respect I hold for her. Janet stood by me through some difficult moments and had to tug on the reins rather delicately at times and had to yank on them from time to time. 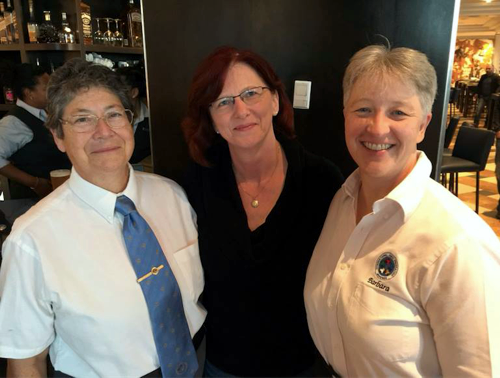 In my humble opinion, the award committee this year has selected an excellent recipient to represent this distinguished honor. Janet is a true Sempai whom celebrates her teachings through the achievements of her Kohai.

The winner of the Jeremy Glick Award this year unfortunately was not in New York at the Summer Grassroots Nationals but Barbara Shimizu accepted the award for Janet Ashida Johnson.

The award and letter which Barbara Shimizu received on behals of Janet Ashida Johnson.

Bill Gugino confesses he is “one of the four Buffalo Boys as we are known from the Kin Tora Judo Club in Buffalo, New York. Janet made us the Buffalo Boys plus one.

“In the late sixties the family with Mom leading the way signed up for Judo lessons. Judo in Western New York in those days was an offshoot from the Canadian practitioners just across the Niagara River. There was only one sanctioned Dojo in the area, Manson’s Judo Club, headed by Canadian sandan Mr. Bill Manson; with a couple of small clubs operating out of Y.M.C.A.’s during the sixties and into the early seventies.

“My stepfather Sensei Tony Grisanti obtained his Shodan in 1971 through the Ontario Judo Black Belt Association (O.J.B.B.A), and his brother Marty followed in 1973. This association has developed a bond with our fellow brethren north of the border; which continues as strong as ever today. We are extremely well-known and welcomed in Canada; participating in approximately six events a year.

“After deciding to expand Judo in the Buffalo area with the help of their father Salvatore, Tony and Marty formed the Kin Tora Judo Club and opened her doors in 1974. Shortly afterwards under the guidance of senior Sensei Dr. Sachio Ashida, Kin Tora became a USJF member club.

“Janet has always been a part of the family. Over the years she has filled many roles from mom at times to a BIG sister. After the passing of Tony Grisanti in 2014 and then the passing of his brother Marty in 2017, Bob and I continue in memory of the two Grisanti Brothers with Janet’s guidance and support attending events across the country and abroad.” 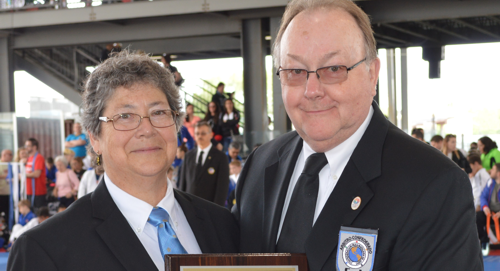