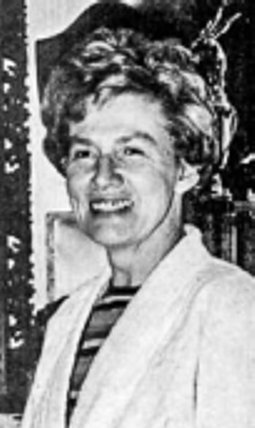 Phyllis Harper was very much in favor of more judo and self-defense training in high schools. “I wish I had known judo when I was 17 or 18,” she says. “It’s especially useful for teenage girls. For instance, if a girl is on a bus with a bunch of other girls and some man starts playing handie or footsie with her, she doesn’t want other people to know it. She has a feeling that if she makes any fuss everybody will say: ‘Oh you know so-and-so is always getting herself in trouble. She’s just got to be that kind of girl.’ So she sits there and puts up with it. But with a very minimal amount of self-defense, she could discourage the man without anybody knowing that anything was happening. The man is going to pick himself up and go someplace else, because he doesn’t want to be made a fool of, either.” (from Black Belt)

The Japanese example of Judo which Kano propogated reinforced the beliefs of those who think strength is meant for men and aesthetics for women. Most of the time, women were taught by male instructors until some women became judo teachers. In California, Keiko Fukuda was instrumental in teaching a Kodokan-oriented women’s judo. But, during the early sixties, Phyllis Harper voiced the leading conception of judo in the States. In an article entitled Women’s judo develops femininity, she affirmed : “Judo should be ladylike and should embody and exemplify the essence of the gentle way”.

Because of the way Japanese hand-to-hand techniques are looked at, self-improvement through physical exercises and self-defense are the dynamos of the long interest women have had in judo. During World War II, elementary tricks were taught as “a basic escape training”. In the relocation centers in the United States, women used to practice in order to keep fit and to be able to defend themselves. The evolution started in the sixties when women status in society changed and when judo began its shift into an international sport.

Phyllis Harper was one of those figures.