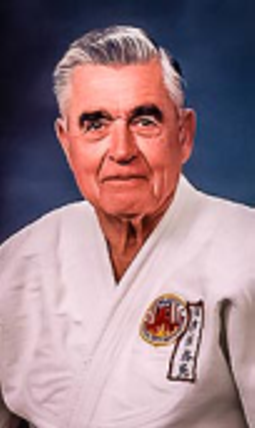 Philip S. Porter began his Martial Arts career as a boxer in 1943 at age 18. He was later a member of the West Point Boxing Team; and in 1950, Light Heavyweight Boxing Champion of the Western Area of the Air Training Command, USAF. Porter graduated from the United States Military Academy at West Point in 1948, and served in the U.S. Army and Air Force for 25 years, retiring as a major in 1967. He started Judo, JuJitsu, and Karate training in 1951 while serving on a Strategic Air Command (SAC) combat crew at Travis Air Force Base, California.