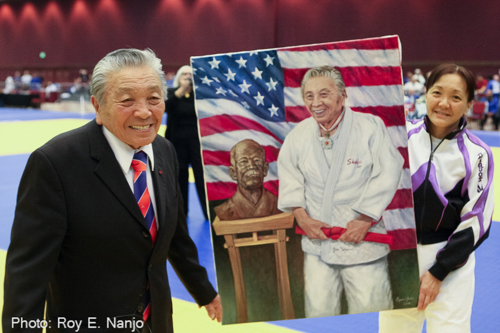 Following his death Mr Takemori was recognized in the Congressional Record and some photos have been published.

Some interesting photos of James Takemori have been received. 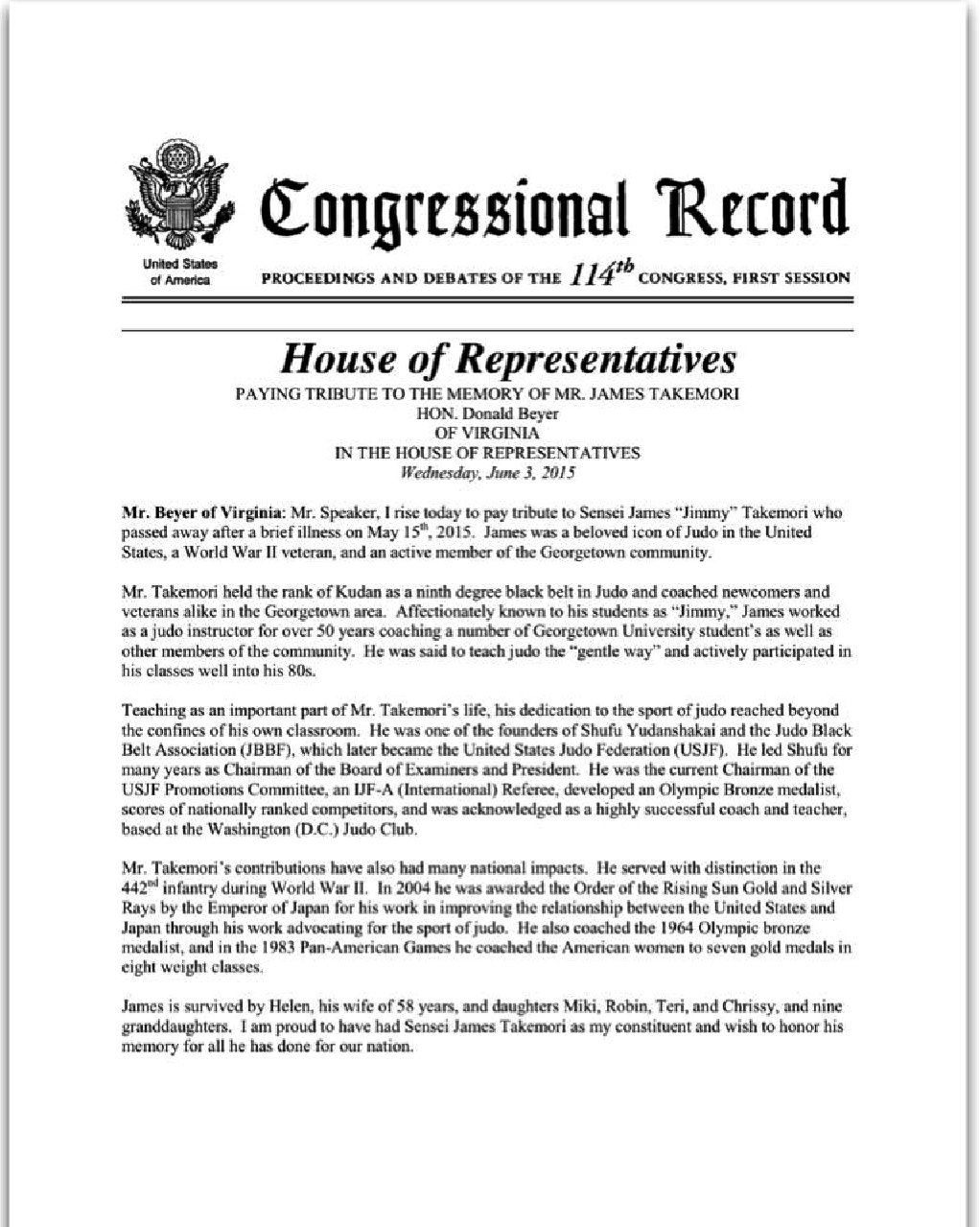 Notice from the Congressional Record.

Read a letter from Ambassador Ryozo Kato to Paul Tagliabue in which he tells of a link with Jigoro Kano and Jimmy Takemori, “ambassador in judogi” and recipient of the Order of the Rising Sun, Gold and Silver Rays. He writes of Mr Takemori’s character and activity, and that he had been awarded the rank of Kudan by the Kodokan, something “that is far harder to obtain than any university-awarded doctoral degree.” He further hopes that Georgetown University will be able to honor Mr Takemori for his thirty years of teaching there. 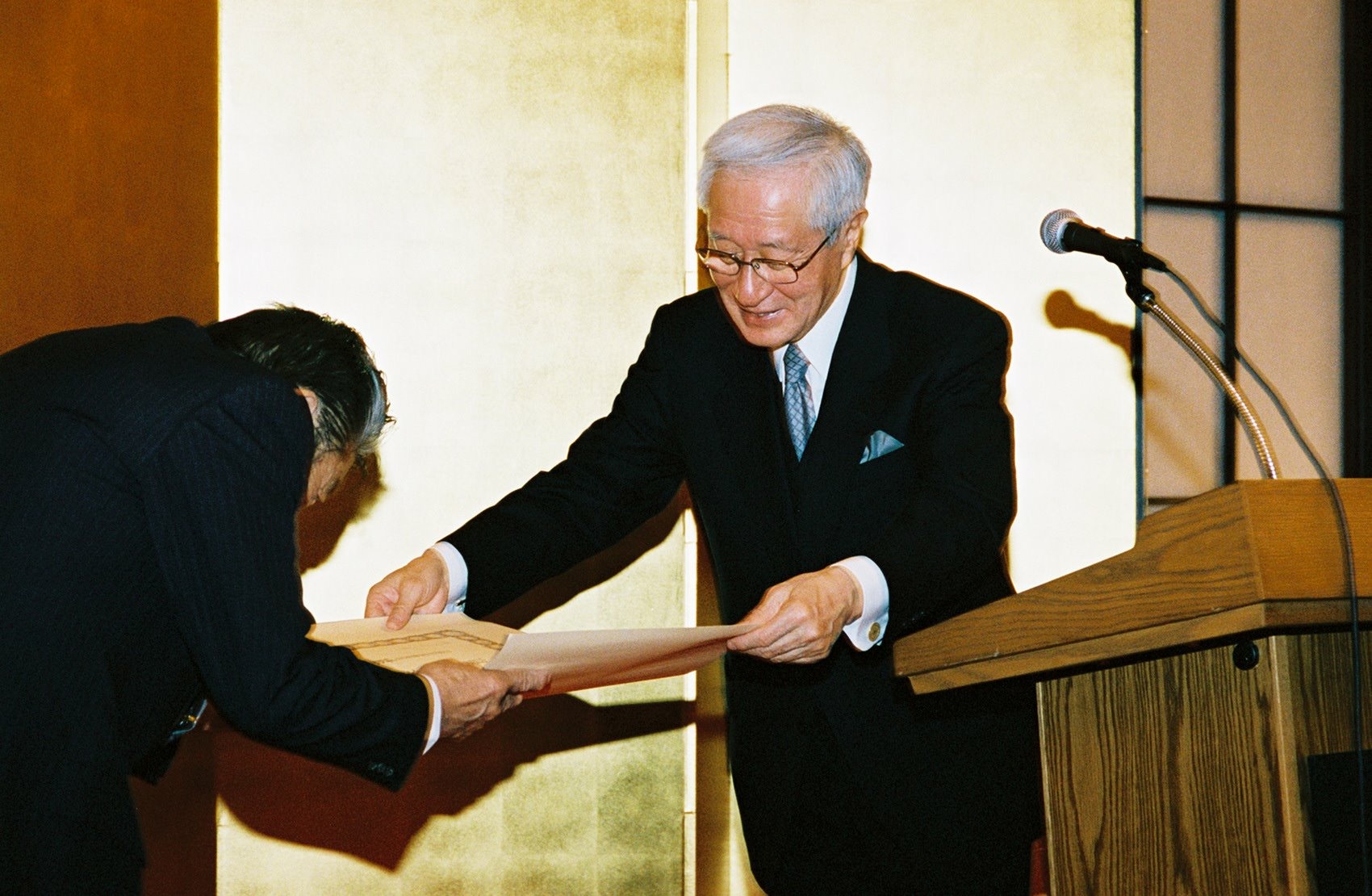 Photo of the Ambassadors honoring each other. 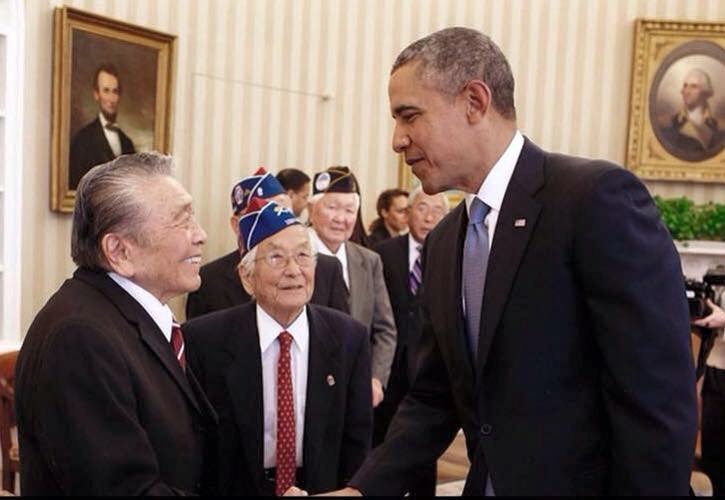