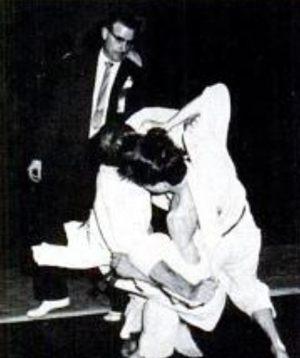 Dr. Frank Fullerton was former USA Judo President and a seventh-degree black belt. He gave tirelessly of himself to the sport of judo by dedicating years of his life to management of the sport in the Western hemisphere as well as on the world level. Dr. Fullerton’s contributions to judo include nearly 20 years as USA Judo’s President, more than a decade on the U.S. Olympic Committee Board of Directors and 10 years as the Pan American Judo Union Director of Sports. He was also a delegate to the International Judo Federation and attended meetings and events all over the world as an ambassador for USA Judo, the Panamerican Judo Union and the sport of judo.