2016 Olympian Angie Delgado Talks About Her Preparation, Fights, and the New Rules at the 2017 Paris Grand Slam

Paris, February 13, 2017. Four-time National US Champion Angela Delgado, who trains under Jhonny Prado and Germann Velazco at Ki-Itsu–Sai, (the National Judo Training Center in Coconut Creek, Florida) has been a top US Women’s competitor and World Team member for years, and fought in Rio de Janeiro as a member of the US Olympic Team in 2016. As the 2017 – 2020 Olympic Quadrennium began with the Paris Grand Slam this past weekend, there was not much of a break for her. She spoke about her preparation and fighting the day after the tournament, and just before beginning a three-day international competitors camp in Paris.

Angie, can you talk about the Paris Grand Slam and what it means to you?

“I’ve been coming to this tournament since I was 15 years old, and the first time I came it was as a spectator. And I did the camp, and it just blew my mind. I’m 26 years old, now, and so it’s been about ten years of coming to this tournament. So I know the magnitude of it, I know how many people come. I know Japan, Russia, and the crème de la crème of every federation comes here so it’s basically like a world championship, so I prepare myself really well.

“I prepared myself very well for this tournament, and I plan on preparing myself for the rest of the year and for the coming four years. I really think I can medal at Worlds this year (in August in Budapest). I want to medal at the next Olympics – I want to go to Tokyo in 2020.

“My immediate goal is to do better and better every day. So I just took it one match at a time, basically. Every match was a final and I just went up there and won every exchange, tried to be as smart as I could, and kind of had fun because at the end of the day I love judo.”

What were your thoughts when you stepped on the mat with Leandra Freitas of Portugal?

“I had watched her previously, I knew she was a 48 kg before and she had just moved up. And I was thinking that I’ll probably be a little bit stronger than her physically but she has pretty good judo, She wasn’t a bad player – she was a pretty solid player. She has a lot of drops. As I was gripping her, I caught her in the first or second minute with O uchi gari, and thought, ‘Oh, I can throw her’, and I had the dominating grip for about eighty percent of the match, and then she countered my uchimata and so we went into Golden Score and I thought ‘You know what? I threw her in the beginning and I can throw her again’ and so I capitalized on that and even though she had countered my uchimata I knew I could throw her with koshi guruma because I clearly had the dominating grip. And I just went in for koshi guruma and threw her. So it was good.” 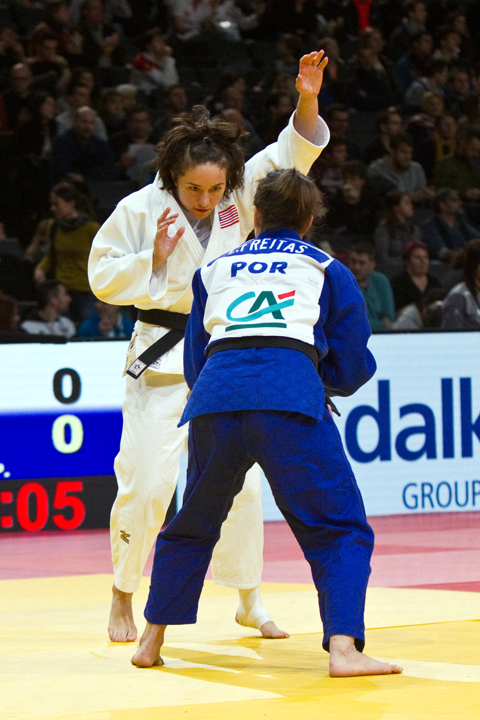 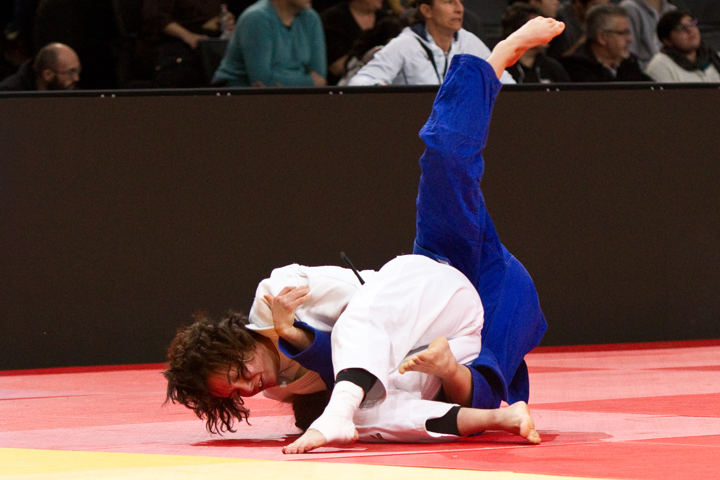 Then there was the Brazilian Menezes in the quarterfinals…

“Sarah Menezes was the Olympic Champion in 2012 at 48 kg, and now she’s moved up to 52. From my understanding, they just had a qualifier in Brazil, where she actually beat Erica Miranda, the #1 in 52, so they’re probably going to be taking Erica and Sarah from now on on most trips. I guess they are #1 and #2 now.

“I knew she was a strong player, but she’s a 48 moving up to a new division. She does mostly drop morote seoinage, so I know how to defend that, so I just kept sticking to my game plan, and thinking ‘Oh, I can throw her’. She’s not phenomenally strong. She’s fast, quicker than most 52s. She just kept attacking and attacking. But within two minutes she threw me with a drop seoinage for a waza-ari, so I just thought ‘Now you gotta throw!’ So I did the O soto and Ko uchi and I threw her for waza-ari and we went into Golden Score. And it was a grueling match. That was probably one of the toughest matches of the day.”

What was it like fighting Majlinda Kelmendi, World and Olympic Champion?

“It was rough. She’s just such a physical player. She’s the strongest girl in the division. She’s stronger than a lot of 57s that I’ve ever been with, and some 63s that I have gone with. She’s just so dominating and so physical. I think I could have done better, I really didn’t get to do any of my judo – she kind of neutralized me. But I’ve been looking at the tapes a lot and I’ve been analyzing her over and over again like most people do, and I think the next time I fight her I’ll definitely give her a run for her money.” 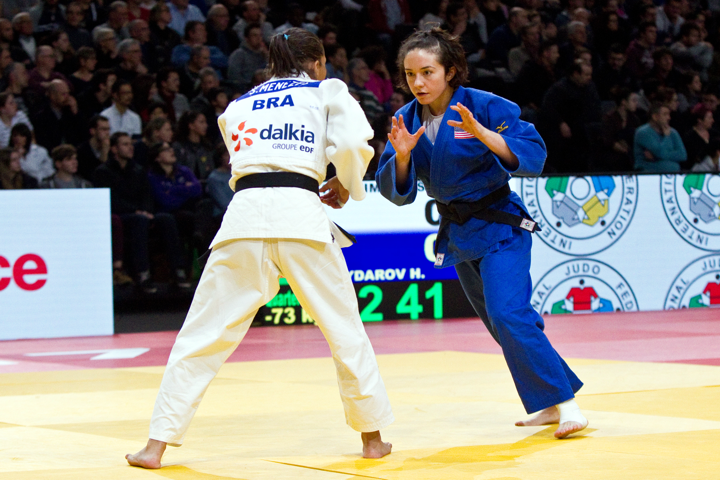 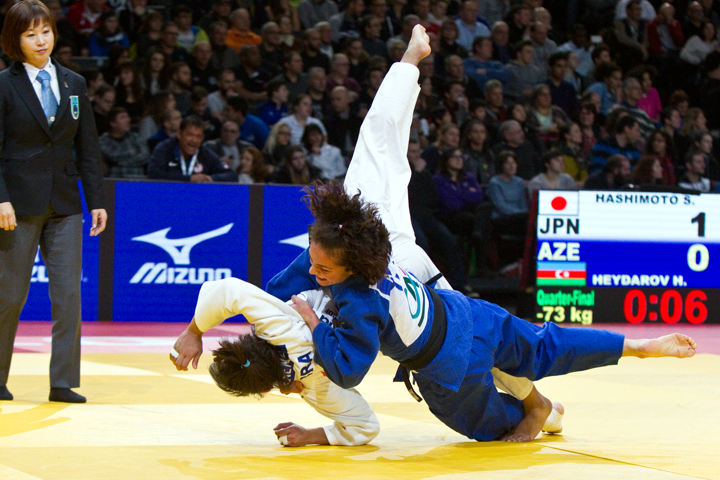 And then there was the fight for the Bronze…

“For the Bronze medal I had Natalia Kuziutina, the Russian. I had fought her previously. I fought her last year at the Peru World Cup in the semifinals as well, and she beat me by a shido in Golden Score. I had gotten my hands on her before, and I fought her in camps. I know that she’s a 2016 Olympic Bronze medalist in my division. But for me she’s not such a difficult matchup. She stands leftie and she likes to bring me down to newaza and I knew that was something I had to be aware of. But I knew that if I had my grip I could move her and get her off track and do my own judo but unfortunately there was a moment when she brought me down and she went right for the newaza. She had me pinned and was choking me at the same time and I just couldn’t get out. It was a mistake on my part – I should have been more active on the ground and tried to get up or do something else but it was too late.”

What did you think about the new rules?

“The new rules definitely serve their purpose in the sense that they’re getting players to be more active and throw more. So you really can’t be complacent, just holding on to a penalty, because it’s not based on penalties any more. When the regular match is over you can get one in Golden Score but referees are a little more hesitant to give them in Golden Score than they are in the four-minute regulation period.

“In that sense I like it, because it does make the match a little more exciting and it keeps you on your toes. You always have to be going, going, going. In the other sense, I don’t like the fact that there’s no difference between a yuko and waza-ari. Sometimes one person throws for a yuko, landing on her side, and then the other person throws a way better throw, throwing for a waza-ari, almost an ippon but clearly a waza-ari and a better throw. I’ve seen both sides of it. So there’s good and bad to the new rules, but I do like that there’s more action and there is more throwing and people have to really engage. You can’t just coast throughout the whole match with shidos. For me that’s much better.”

For more about Angie Delgado, check out the pre-Olympics story.