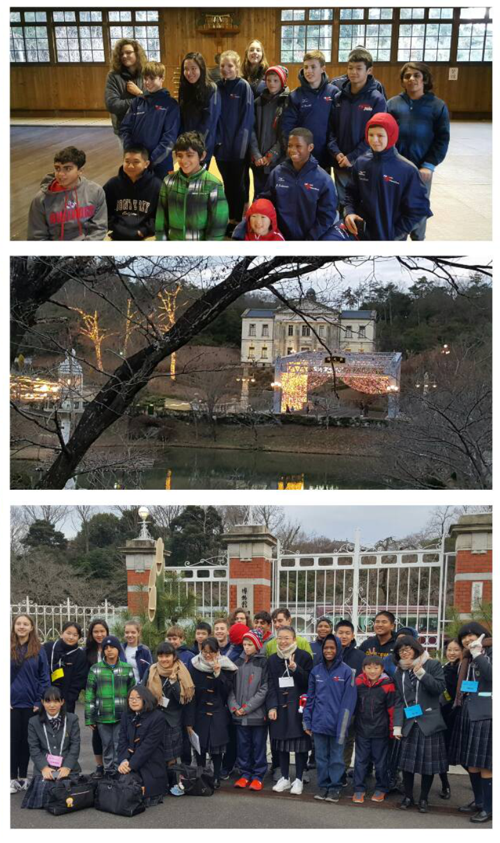 At the beginning of 2016, I was training for tournaments like Scholastics, Junior Olympics and Junior Internationals. I had never been out of the country nor did I remember being on an airplane. I trained three times a week and worked out sometimes at home. Then I got the call – I would be representing the United States in Japan. I completely changed the way I lived. I conditioned and trained multiple times a day and I focused on being more coachable. I worked on my techniques and concentrated on becoming a better competitor.

While training, I spoke to community groups like Kiwanis, Lions Cub, and Rotary about judo and the adventure I was about to start. I was so surprised and inspired when people from the community started sending notes and emails sharing their support. Family covered me with love and built me up when I was dragging.

When I started training in Japan, I had no idea the level of intensity that it took to compete with the athletes internationally. I got completely beat up the first day and was so tired that night. Little did I know that improvements were being made in my judo. The next day, I actually threw people in randori and was mentally prepared for the training. I kept up that attitude for the rest of the trip.

Now that I am home, I have continued training the way I learned in Japan. I really think the new friends and experiences are one of the best aspects of this experience. These past days in Japan have opened my eyes to a new side of people. The athletes that I met were much more gracious and caring. Even small gifts that we would just throw in the trash as Americans were seen as amazing signs of thankfulness. The way the athletes compete is so different than what I’m used to. They fight with confidence, win or lose, and always respect the referee and the competitor across from them. As soon as they step off the mat they are friendly, even if you are their competitor. Even the way they view judo is different than what I knew. They treat judo as a lifestyle, not just a sport. The patience they learn from judo seems to effortlessly be transferred over into their day-to-day lives. I have really enjoyed training, competing, and learning from the SANIX trip.

I would like to thank everyone who has supported me and encouraged me, especially my family. I look forward to sharing my new knowledge with my community and judo family.