On Saturday, February 7th, DeMatha High School in Hyattsville, Maryland was the site of the 30th annual Shufu Rules Clinic (formerly the Shufu Referees Clinic). This event, considered one of the most important of the year, was founded by former Olympic Referee Gail Spadin in 1986. 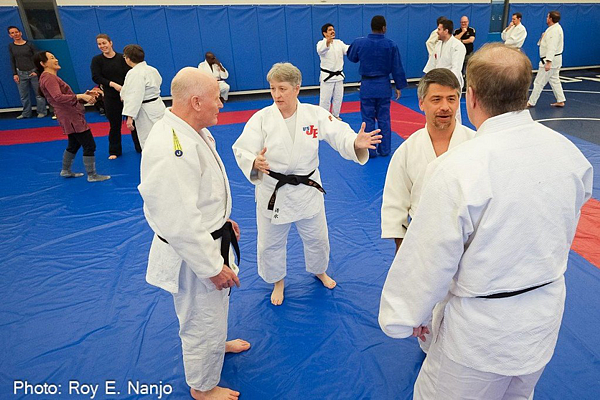 Barb Shimizu, an IJF-A Referee based in Seattle, WA, was the head clinician, and conducted a wide-ranging series of lectures, video review, and practicums during the day. Sensei Shimizu used a variety of methods to instruct and guide the attendees, which included not only referees, but coaches, teachers, and active competitors. Sensei Shimizu explained that the International Judo Federation (IJF) was developing the rules that emphasize dynamic matches and the safety of the competitors.

A new feature of this year’s seminar was the inclusion of a topic not specifically related to refereeing, although this may change in the near future. Tony Doran, Psy.D., a neuropsychologist trained at the University of Hartford and at Harvard University, presented an introduction to the timely topic of concussions (also termed mild traumatic brain injury, or mTBI). Some of the principal points included the variability of symptoms of concussions, and that most people with concussions do not suffer any period of unconsciousness. 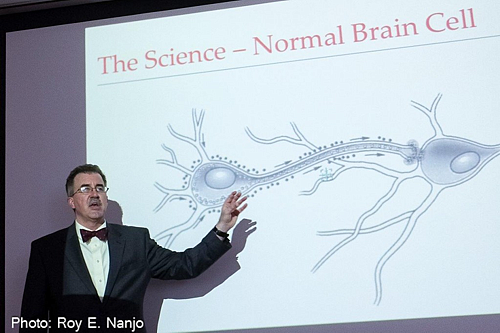 The annual Rules Clinic is a critical touchpoint for those involved in the practice of judo, whether they are referees, teachers, coaches, technical officials, or active competitors. The event has traditionally brought in high-level referees, but the rules and concepts are directly applicable to everyday practice and competition at every level.