US Team Gets Bounce with a Place on the Podium

The US World Judo Team finally reached the podium at the 2014 World Judo Championships being held this week in Chelyabinsk, Russia. After four days of frustration and defeats, the team was in need of a celebration, and got what they needed after a day’s worth of fighting. 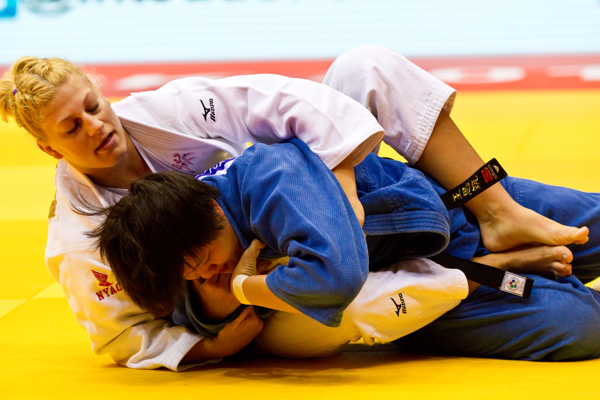 Kayla Harrison, 24, the reigning Gold Medalist in the women’s 78 kg division at the 2012 Olympics, and 2010 world champion, took a big step in her road back from the reconstruction and year-long rehabilitation of her knee by winning a bronze medal. Harrison fought her way through the preliminary rounds, defeating Catherine Roberge of Canada, and Szu-Chu Wand of Taiwan. In the quarterfinals, she was edged out by the eventual winner, Brazil’s Mayra Aguiar, and then she defeated Yahima Ramirez of Portugal for the bronze. 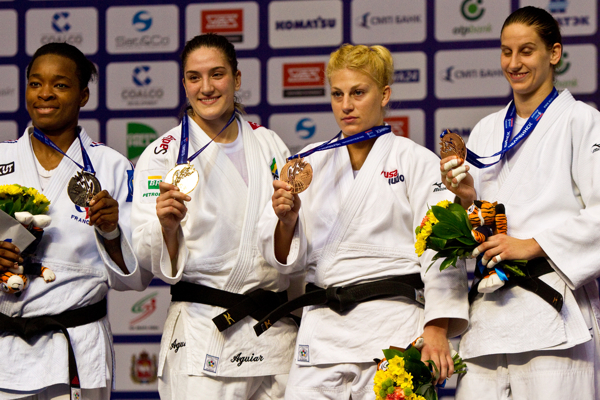 Originally scheduled for two full years of rest and rehabilitation, Harrison began to train after only one year, with a specially designed program by James Pedro, Sr. 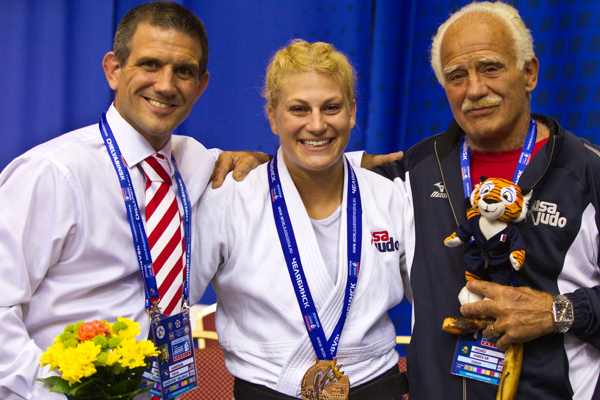 The training was designed to protect her recovering knee while resuming strength and technical training focused on other parts of her body. As Coach Pedro explained, if she had waited for the full two years as originally recommended, she likely would not have been able to gain enough international competition points to be seeded well in the 2016 Olympic Games in Brazil, or possibly not even qualify for the Games to defend her Olympic title. 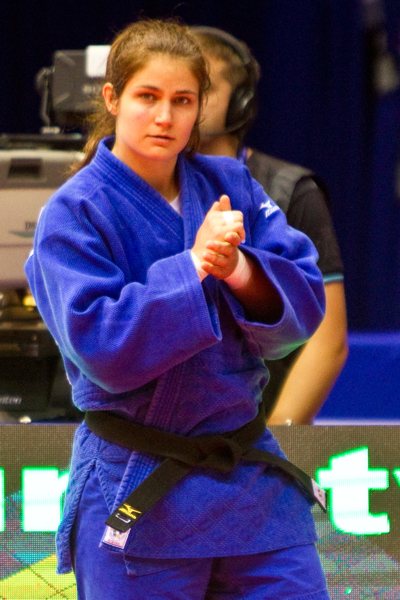 Samantha is a graduate of Iowa State College with a degree in animal science. She was a relative late-comer, starting judo as a sophomore in college at age 20. She has been at the OTC for nearly six years, and this was Bleier’s third World Team and she had been preparing during the summer with continued training at the OTC, with the addition of special training camps in Boston.

Samantha drew her first-round match against Audrey Tcheumeo of France, the eventual silver medalist. Although Samantha opened with an aggressive, actively fighting style and continued it for the entire match, Tcheumeo was able to defend successfully. Tcheumeo’s large and powerful body was too much for most of her opponents except for the gold medal winner, who she met in the final. The first-round loss eliminated Bleier from the competition. 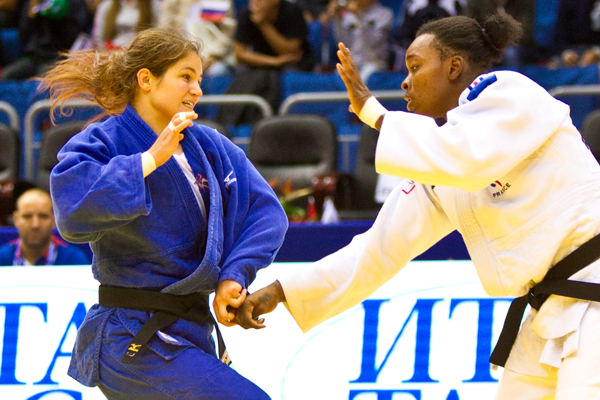 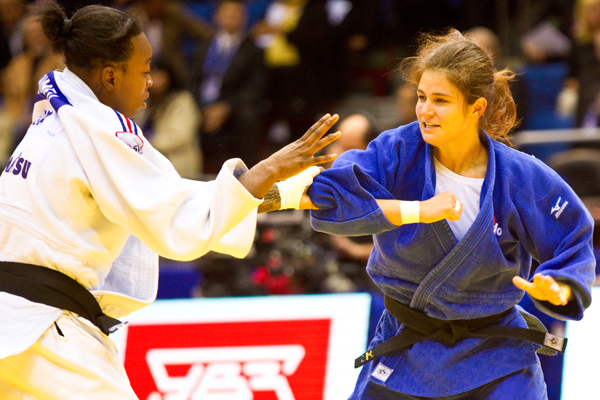 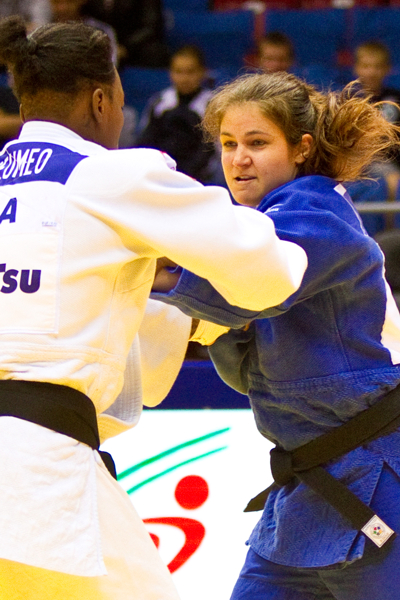 The Chelyabinsk World Championships of 2014 continues on for the next two days, with the heavyweight divisions on Saturday the 30th and the team competition on the 31st. The team competition has developed into a highly competitive event which brings out the loudest of the various countries’ fans for the competition.

The U.S. Team did not have any members of the team who were in the 90 kg or heavier divisions for this World Championships, and so they returned to the hotel this evening, preparing to leave Russia, and were packing for an early morning plane ride back to the states.

This has been a World Championships with mixed results, in the opinion of this observer. Although Kayla placed third, the overall record of the team in the four days prior to today will lead to some conversations about the direction and support of the U.S. team, and ways of improving not only international success but a more robust base of judo athletes nationwide, according to the well-known (and oft-quoted) “well-placed sources”. 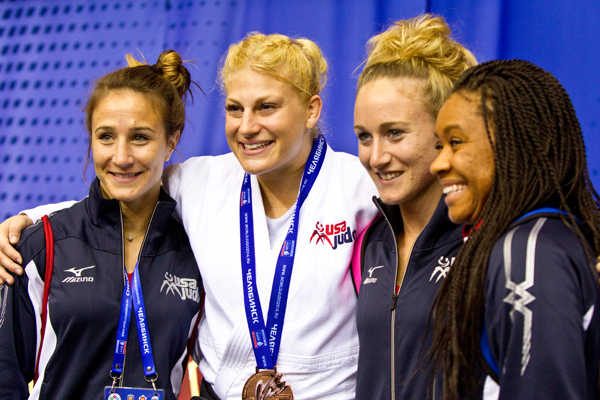 The further development and support of the international elite team and the development of judo membership and participation in general are timely topics, and are brought to the fore once again on the occasion of the World Championships. The RR hopes that the planned conversations are cooperative, fruitful, and helpful, and draw from a wide range of supporters, participants, administrators, and fans.