Sode Tsurikomi Goshi and A Farewell to Aiko Sato

It is with some sadness that I write this article. It has been a 3 weeks since we have seen Sensei Aiko Sato at her last open mat at San Jose State. We had arrived early hoping to get a few moments to say good bye to Sensei Sato and the room was already packed. It seemed that we were not the only ones that arrived early to say good bye. The open mat started with the game “Piggy” and spirits were high, lots of laughing as people tried to score a point or two.

After the warm ups, Sensei Sato demonstrated the her version of Sode Tsurikomi Goshi. The class, which had grown to over 50 students, listened aptly as she explained each detail of the throw. After her demonstration, the class practiced the throw. 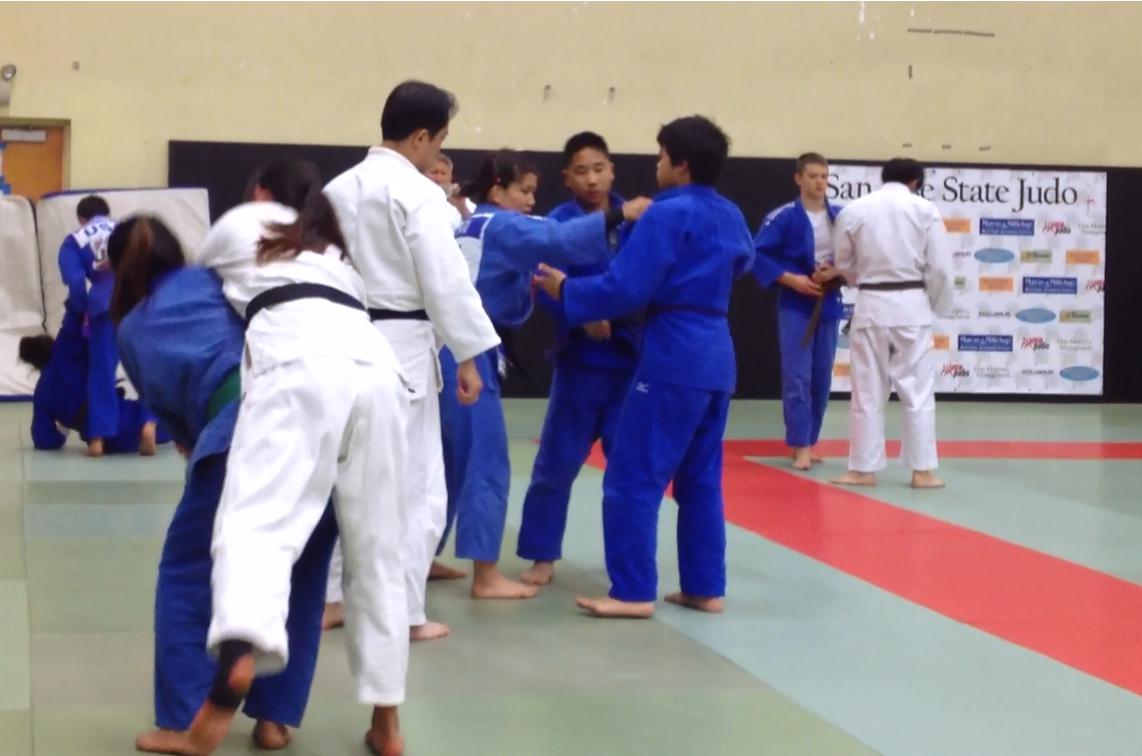 After 15 minutes, Sensei Sato showed both left and right side Sode Tsurikmoi and some simple transitions to Osoto Gari. She emphasized the importance of kuzushi and how to grab the sleeve at the proper place to ensure a successful throw. 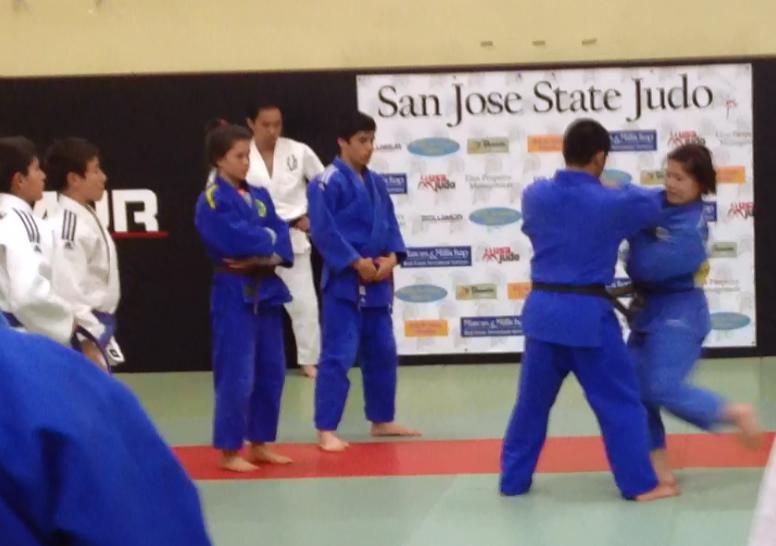 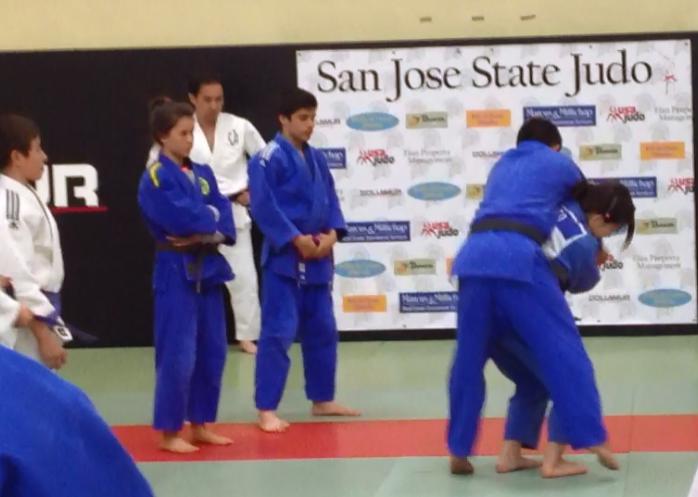 After some practice and a few sets of uchikomis, the class had some hard sessions of randori. The time seemed to fly by. Since it was Sensei Sato’s last open mat, many of the students lined up to randori with her knowing that this may be their last chance to have some time with this former world champion. 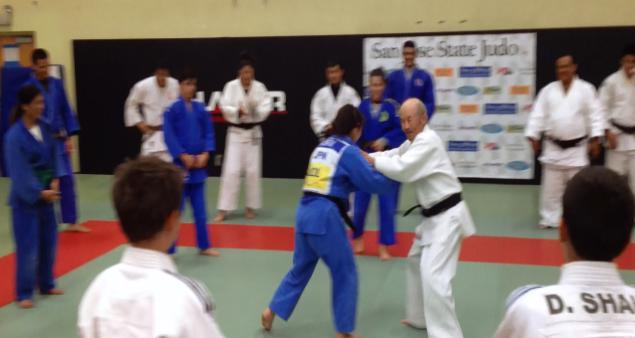 At the end of class, Mike Swain had the class circle up and had Sensei Sato throw each and every person in the circle. There were cheers and applause as each person slammed onto the mat. The highlight was when Sensei Yuzo Koga stepped up to be thrown. 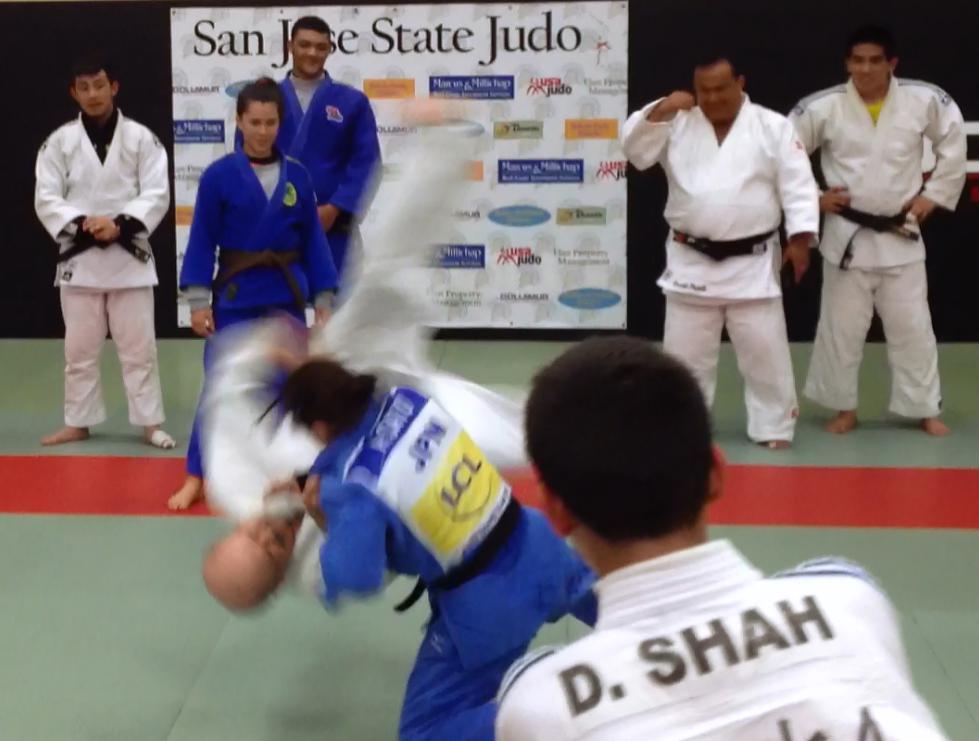 Both Senseis’ faces showed humor and delight as Sensei Koga grabbed Sensei Sato. There was a bit of a tug-o-war and then Sato did her signature Tai Otoshi, where she drops to one knee. The crowd cheered as Sensei Koga went flying over her shoulder.

As soon as Sensei Koga was thrown, the class grabbed Sensei Sato and tossed her in the air like a sack of potatoes. There were cheers and laughter and a few squeals from Sensei Sato. 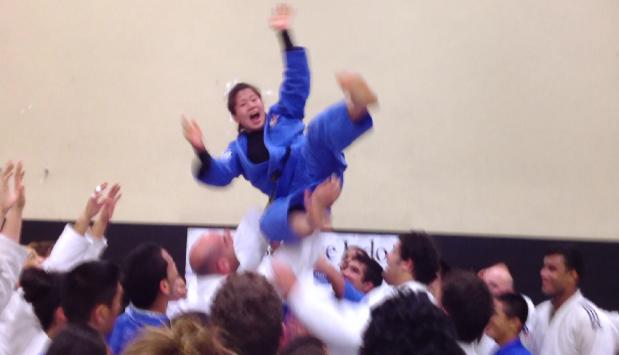 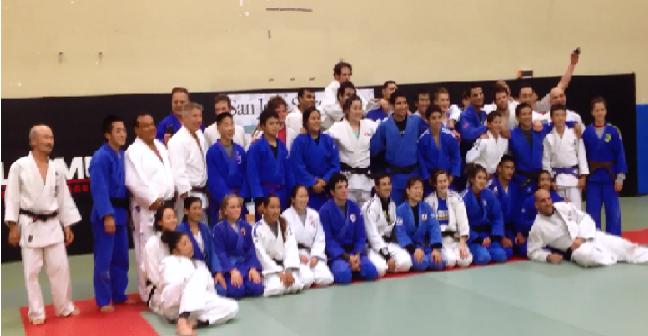 The speech ended to huge resounding applause as Mike Swain hugged Sensei Sato. Sensei Yuzo Koga stepped forward and told Sensei Sato that she had some of the best technique he has ever seen. He told her to please consider coming back. 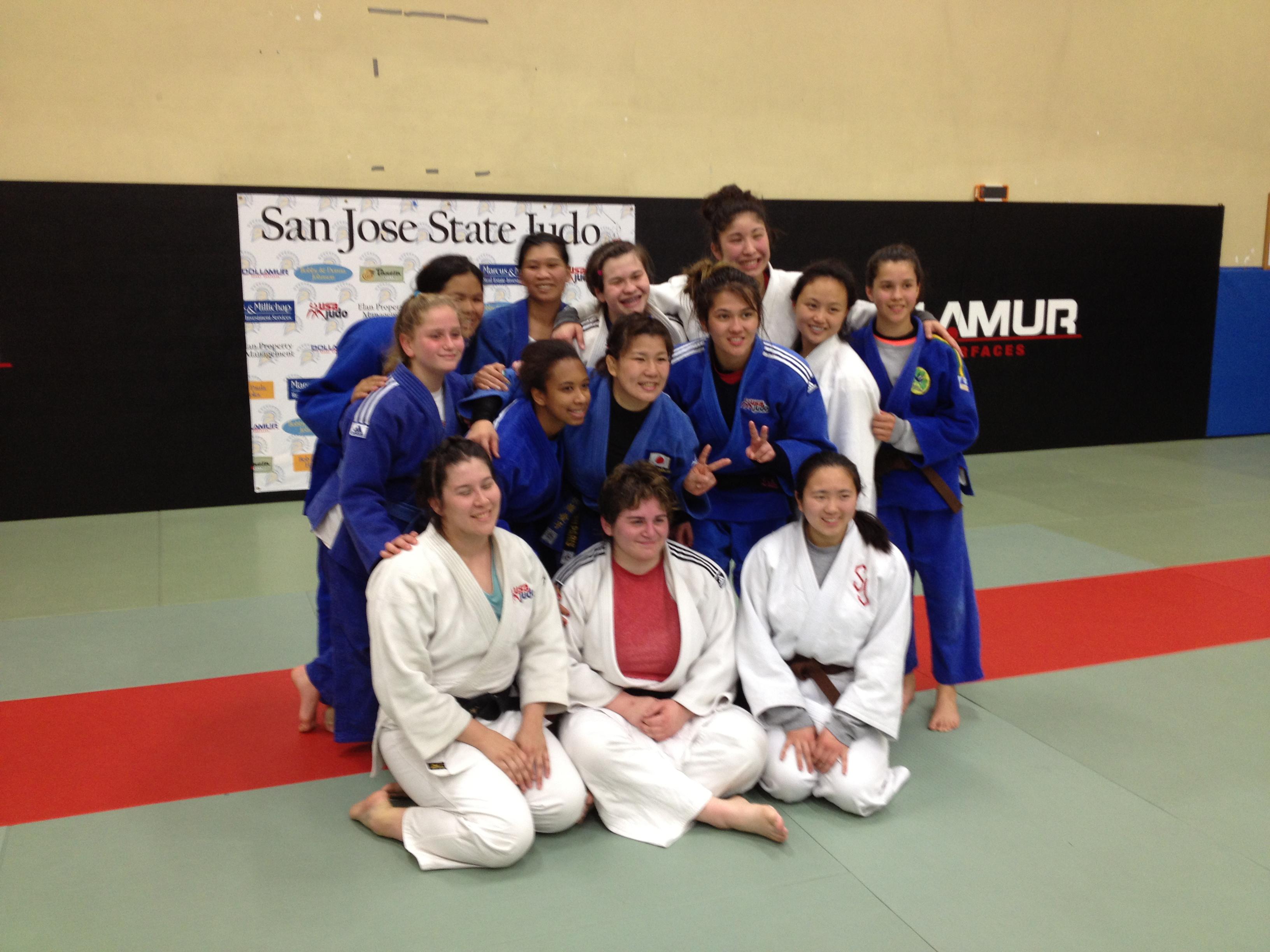 With Sensei Aiko Sato back in Japan, open mat, though very intense, doesn’t seem quite the same. We miss her smile, her laugh and her sense of humor. Most of all, we miss her friendship.