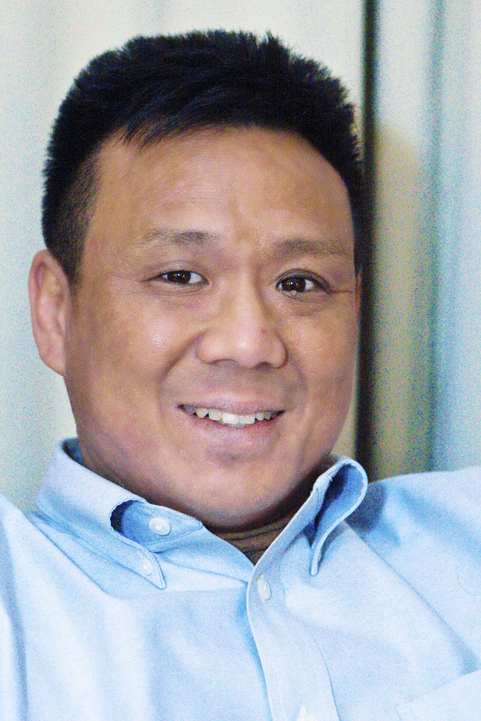 On Saturday, May 3rd, your USJF Roving Reporter (RR) was able to catch up with Kevin Asano, president of the USJF and Olympic silver medalist, to ask about some of the issues that are important for the members of USJF. RR and Kevin Asano, USJF President, were in Reno, Nevada, at the 2014 Senior National Championships.

RR: Can you speak to the issue of how the three major judo organizations, USJF, USJA, and USA Judo, have found ways to work together to advance the sport of judo while maintaining their autonomy?

“Neil Simon (former president of USJF) had a big part in getting the three organizations to start working together. So by the time I came on about two years ago, we were already having monthly telephone conference meetings with USJA, and on an as-needed basis with Lance Nading, the president of USA Judo. So this was already established when I became president two years ago.

“The Junior Nationals is a joint event, sponsored by the USJF and USJA. Instead of having two separate junior nationals, where the participation in each of the separate junior nationals was not as good individually, they decided to combine forces and have a bigger and better event. That was a very good beginning, to have a joint event with two organizations working together, so right there, from the beginning, it was clear to the public, to the American judo world, that these two organizations are working closely together.

“In our monthly meetings we talk about working together on different types of policies, such as for head injuries, concussions, travel policies, the SafeSport program that deals with sexual harassment, bullying, how to properly handle children – those kind of things. So instead of USJF trying to work independently from USJA, we put our heads together and try to come up with joint policies that we can implement in both of our organizations. So that’s been really good. For example we get the executive directors together, we have our corporate counsels getting their heads together, and then the presidents.

“Neil Simon, who spearheaded this whole movement of bringing us together, continues to work as a facilitator between our two organizations. So it has been very positive. There’s not this sense of ‘it’s me against you’, but it’s ‘how can we help each other to grow?’.

“And we realize that geographically we are reaching different markets, so there’s not the sense of a head-on competition. As we help each other, we’re helping our regions to grow.”

RR: Have policies such as the concussion, travel, and sexual harassment policies been crafted already, or are they in the process of development?

“They have been crafted already. The USJA has already adopted those policies; since the USJF has a larger board, and much of the decision-making goes through committees, it’s taking us a little longer. Right now we’re putting those different items through the committees, which will give recommendations that our full board will decide on.”

RR: What do you see for the future of this collaboration between the USJF and USJA? There has been a long history of antipathy between them, so what would you say to the people who feel that collaboration means the loss of autonomy and identity?

“I can’t foresee the future, but at least in the near future, I don’t really see our organizations coming together as one. I think there is a difference in culture, the way of thinking, and the way things are done. Because of that, maybe those are some of the hurdles that coming together presents. But as I see it right now, having two organizations is good, because it allows different clubs and senseis to align themselves with whomever they feel more comfortable, so they feel that they have a home. There’s a choice where they can feel that this is where they really fit in, where they are comfortable. This is the vision, the mission, the values they feel comfortable with. So I think that’s a positive thing. Now if we can appreciate each others’ diversity, but work together, it can just become more powerful.

“So as we work together, I’d like to keep that separation. I think the cooperation of this strategic alliance will help each organization get farther along than if we try to do it on our own.”

RR: It appears that this year’s Junior National Championships is an outgrowth of that cooperation. Can you comment on that?

“Because we’re working collaboratively together, we’re not competing with each other. So at least for Hawaii, it’s a great vacation destination. Those in the USJA and USJF would have to make a hard choice – in the past a lot of people would like to go to Hawaii but maybe they could only go to one event, and feel that they had to go to their organization’s event. But this enables them to not have to make that decision, and come to enjoy Hawaii. I think we’re going to have a very big event, and I think there’s even going to be a lot of USA Judo clubs coming because it’s Hawaii and they want to enjoy the vacation and enjoy the Hawaiian Islands. Hawaii as a destination is going to bring more collaboration, cooperation, and trust among the three organizations. And everyone is going to have a very good time.”

RR: Could you comment on the relationship between the USJF and the USJA as grassroots organizations, and USA Judo as an internationally-focused organization?

“We’ve come a long way among the USJF, USJA, and USA Judo. It starts with trust, and I know that over the past history there have been a lot of things that have happened that have broken trust among the organizations. With a new board of USA Judo, and they say they want to work collaboratively, I feel that they really mean it. Also, by their actions, USA Judo is starting to bring more USJF members onto their Board of Directors and key committees. For example, their Referee Committee is chaired by Robert Fukuda, who is the Executive Director of USJF. We’re seeing that USA Judo is not just a separate entity on their own, but that they are using more of the USJF. They are saying that they’ve changed, and we’re also seeing the change. They’re beginning to fully embrace and see the value of the USJF, and I think that they really appreciate the USJF and that they know that we’re not going away. And they see that they need the USJF to grow so they’re embracing the our organization. And I think that if we can have a strategic alliance or partnership, then we’re going to begin to grow judo.”