Ed Thibedeau and Dara Woo have written about their experiences at the Winter Nationals. 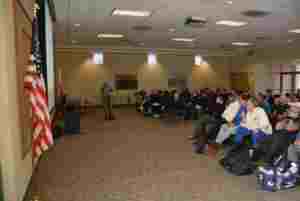 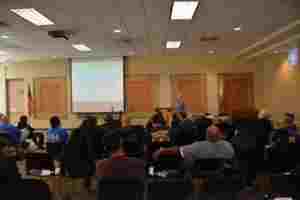 In conjunction with the 2013 USJA/USJF Winter Nationals Tournament a coach education clinic was conducted on Friday December 6. The clinic was held the Goltz Judo Dojo and conducted by Ed Thibedeau. Ed has many years of judo teaching and clinic work to his credit. There were over 50 people who attended the clinic and 40 plus people who met the requirements for certification.

This was one of the largest coach education clinics in recent history. This attests to the desire of our members to learn all there is to learn, realizing that just like practicing judo; instructing, teaching, or coaching is a lifelong endeavor that requires a continuing effort to learn and improve.

Participants in this clinic ranged in age from 21 to 80 years old and from Rokyu to Rokudan in rank. While certification as a coach has minimum rank requirements of sankyu and 16 years old, anyone who is interested in exploring what is involved in judo teaching and coaching is encouraged to attend these clinics.

The clinic was conducted at a beautiful facility, hosted by Goltz Judo Club. Time was spent in classroom discussion and on the mat practical applications of teaching methods that had been discussed.

If anyone is interested in hosting a coach education clinic in their area contact Ed Thibedeau at ET@ArkansasGoshinkan.org. Next year’s Winter Nationals Coach Clinic is scheduled for Friday December 5th.

The Big Mystery of the Winter Nationals

Why do judoka from all over the nation come to Los Angeles to compete in a tournament during this busy season of school finals and holiday obligations? For me, it was for the learning experience and team bonding. The Winter Nationals sponsored by the USJA/USJF Grassroots Judo™ slogan is “Building friendships and better people through judo”. I believe this tournament lived up to the standard.

The Winter Nationals teaches judoka to fight with a different mindset, for the experience and not just the win. This was the first time I had ever competed in the Winter Nationals. Immediately I noticed some differences in this tournament versus others that I have fought. First of all, this tournament is a “non-point” tournament. Point tournaments are tournaments where the top three victors receive points, the 1st place winner receiving the most. The more points a judoka earns from these nationally/internationally recognized tournaments, the higher nationally ranked they are.

With the Winter Nationals being a non-point tournament there is less pressure to win. This tournament allows the judoka to go into their matches open minded and test out that new choke or throw that they have been working on. It gives them the opportunity to make and learn from their mistakes. What better way is there to grow?

The venue for the tournament was Azusa Pacific University’s Felix Event Center, which was beautiful. There were 6 mats for the judoka to fight on with lots of seating available for all our parents and friends. I have to admit that it was probably one of the nicest venues I had ever fought at. There appeared to be about 600 competitors. I noticed that there was a large age band with some judoka as old as 60 years old!

The tournament was a great bonding experience for my dojo. Fourteen of us drove down from Northern California. Before the tournament, we all met for breakfast. Then we all headed to the tournament together. My teammates competed throughout the day but coincidentally there were four of us fighting simultaneously at the very end, around 6 o’clock. Our senseis had to run back and forth from mat to mat to coach each of us. They were such a great support system.

Without a doubt, my team and I are competing next year at the Winter Nationals. I feel the benefits of this tournament span more than just judo. I never knew I could love a group of people so much! To me it is kind of strange how much closer I am to my judo friends than with my school friends. Nobody knows you better than somebody who has seen you truly laugh, sweat, get frustrated, cry, smile, panic, bleed, etc. Would you show these emotions to some of your school friends? This tournament increased my love for my team even more.

I never knew pizza after a tournament could taste so good, or that swimming at 10:00PM could be so fun. I never knew throwing seoinage or flying arm bars in the pool would be so funny! Judo friends are friends for a life time. You can joke around with them and tell them your deepest darkest secrets. If I did not go to the Winter Nationals, then I would have missed out on this experience of traveling with my team!

The Winter Nationals encourages one of the most important but forgotten founding pillars of judo. Judo is not just a sport. Judo is how judoka spend their free time. People that can encourage me to want to get thrown on the ground everyday must be pretty awesome people. Only a true friend can choke you out and still be able to laugh with you the next day. 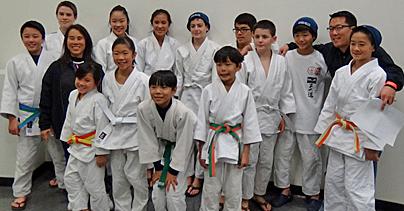 Dara Woo (top row, 2nd from left) with her teammates and coaches from Cupertino Judo

Dara Woo is a 14 year old freshman at Monta Vista High School in California. She has trained in judo since she was 7 years old and is currently a purple belt. Her Dad forced her to train so she could learn to protect herself. Now she loves the sport! Besides doing judo, Dara enjoys hanging out with friends, playing field hockey and watching movies.

Well there you have it… a complete synopsis of this year’s Winter Nationals which is now history. To view detailed results and photos from this event and all past ones go to judowintwernationals.com. Information on the 2014 Winter Nationals is now posted. 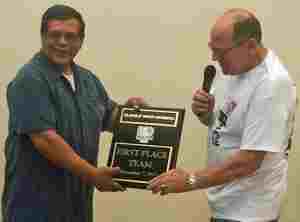 You can learn more about the USJA /USJF Grassroots Judo™ partnership including a list of all upcoming events at grassrootsjudo.com.

Wishing you and your families the very best holidays and a Happy New Year!

For full article from Gary Goltz