Greetings to you from Minnesota. I am pleased to forward this report to you regarding the successful USJF HS Special Training held in Korea last July 12-21, 2013. I sincerely appreciate the USJF funding this training which was our 9th year of attendance. There were 7 students and 1 coach in attendance this time. Two letters from USJF members are attached regarding their experience, as well as some pictures from the trip.

This program helps a lot of young Judo students–in the past, Colton Brown was an attendee and this year he won the bronze medal in the 2013 Grand Prix; L.A. Smith was an attendee twice and he is going to Junior World Championships in October to represent the US in Slovenia; Matt Dong was an attendee and he’s in National top 5 in 60k; and Nicholas Irabli was an attendee and he attended the World Cadet Championship this year in Miami. This USJF project helps support the importance of our special training in Korea. It is a great motivator and helps with overall training for these young people who attend. So looking forward to the future and continued involvement and appreciation by the USJF for this program.

I want to give a special thank you to the parents for their support. The students enthusiasm and conduct are a credit to the students and to their parents.

I apologize for the extreme delay in sending this letter.

I want to thank you for your endless patience, support, guidance, and generosity which you provided us during our stay at Kyungmin High school. I would also like to extend my most profound thanks to the other senseis and officials that were gracious enough to extend their benevolence and charity: Sensei Kim, Sensei Moon, and all the others whose names I regrettably cannot recall. Their efforts and sacrifices are greatly appreciated and did not go unnoticed.

The key element of what made this trip so enjoyable for me was how different the culture was, especially the food. Contrary to how some of my teammates may have felt toward the cuisine we were offered, I thoroughly enjoyed the Korean fare, particularly the duck dishes. The interesting methods of preparing the entrées and exciting new flavors experienced have inspired me to attempt to prepare some examples of my own at home.

I greatly enjoyed talking with the Korean students and their considerably different conversational models, sense of humor, and boundless enthusiasm. The opportunity to interact with such a similar yet distinct culture proved to be a truly rewarding experience. I feel that I have formed lasting friendships with a few of these people. However, I must now learn to read and speak a bit more Korean to be able to understand what they are saying as my Facebook news-feed is now flooded with all their statuses and things that I can’t read.

My absolute favorite parts of the trip would have to be when we visited Gyeonbukgan Palace and the National Folk Museum of Korea. I like to believe in the self-imposed illusion that I am a history savant. History is one of my favorite fields of academic study and I devote more time to it than my other studies. I highly valued and cherished the opportunity to visit a key historical site and study the records of a people that I previously had minimal knowledge of.

The Judo training was top-notch and I definitely left Kyungmin with significantly more knowledge and skill than I had entered with. The Korean judo team was incredibly gracious while wiping the mat with me and very helpful when teaching me how to be less terrible at what I was doing. I enjoyed the greater physical challenges and how the training pushed my skill and conditioning up to and well past my limit. The resistance band that the school sent home with me will doubtlessly prove to become a valuable tool to supplement my judo training. I will also be sharing the techniques and exercises with my Sensei and our Judo club.

This trip was an incredible opportunity and it was an honor to be able to take part in this wonderful experience that I will not soon forget. I would also like to let you know that I will be writing a report for school on my experiences during this trip in Korea. If you would like to use this composition, please let me know and I will forward you a copy once it is completed. If there is a specific deadline for your use of this information, please notify me.
Thank you again Sensei Chi. 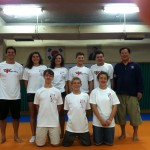 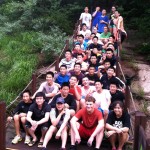 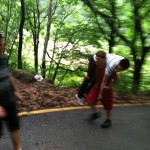 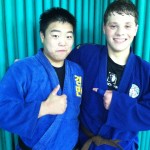 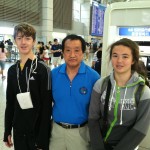 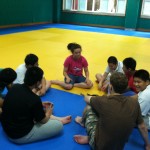 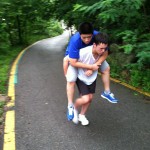 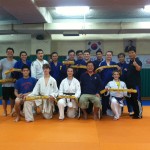 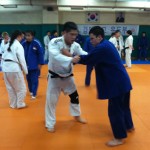 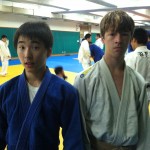 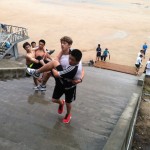 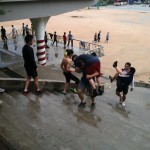 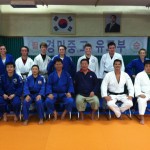 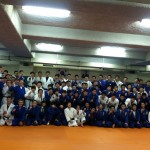 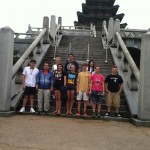 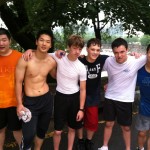