We are putting up short articles written by senior sensei of the USJF. The title of the area is Judo Studies

David Matsumoto has written the first of the archive. 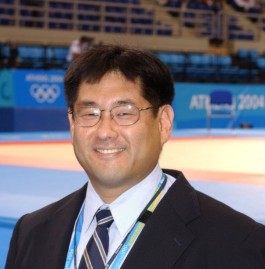 Dr. David Matsumoto, Director of Humintell, is a renowned expert in the field of microexpressions, facial expression, gesture, nonverbal behavior, emotion and culture. He has published over 400+ articles, manuscripts, book chapters and books on these subjects.

Since 1989 Matsumoto has been a Professor of Psychology at San Francisco State University. He is also the Founder and Director of SFSU’s Culture and Emotion Research Laboratory. The laboratory focuses on studies involving culture, emotion, social interaction and communication.

In 2009, Matsumoto was one of the select few to receive the prestigious Minerva Grant; a $1.9 million grant from the US Department of Defense to examine the role of emotions in ideologically-based groups.

In addition to his work at Humintell and San Francisco State University, Matsumoto is the author of numerous books and articles. He also served as the Editor-in-Chief for the Journal of Cross-Cultural Psychology and is an Editor of the Culture and Diversity Section for the Social and Personality Psychology Compass. Matsumoto is also an Editorial Board Member for Personality and Social Psychology Review, Asian Journal of Social Psychology, Asian Psychologist, Journal of Nonverbal Behavior, Motivation and Emotion, Cognition and Emotion, Human Communication, Journal of Comparative Family Studies and Archives of Budo.

Matsumoto is also the head instructor of the East Bay Judo Institute in El Cerrito, California. He holds a 7th degree black belt and well as class A Coaching and Referee Licenses. He has won countless awards, including the US Olympic Committee’s Coach of the Year Award in 2003. In addition to holding various positions within the United States Judo Federation and USA Judo, Matsumoto served as the head coach of the 1996 Atlanta Olympic Judo Team and was the Team Leader for the 2000 Sydney Olympic Judo Team.

Matsumoto first began studying psychology at the University of Michigan at Ann Arbor, where he received his Bachelors Degree. He obtained his Masters and Doctorate Degrees in Psychology from the University of California at Berkeley.

For more information on Dr. Matsumoto, you can visit his website.

The details of David Matsumoto’s article are below.

The results of four major international competitions – the 2001, 2003 and 2005 World Championships and the 2004 Athens Olympic Games were analyzed in terms of whether or not athletes were more likely to win their matches when wearing the blue judogi.