An article from Yoshiki Yamada Staff Writer points out that the Japanese Olympic committee and the Japan Sports Association marked their 100th anniversary. He points out that Judo has had a very important role in the last year. 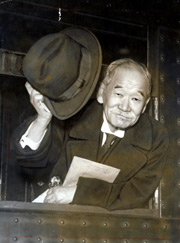 The theme of the article is that good can emerge from disasters. With the Tsunami and Earthquake in March, Japan has suffered terribly. “We have lost a lot in the earthquake and tsunami, but we have gained a lot of courage by being with our judo friends,” said an elementary school student from Miyako, Iwate Prefecture, who along with his brother survived the March 11 Great East Japan Earthquake. 450 children participated in a tournament, which was part of a larger sports event and three Olympic gold medalists – Tadahiro Nomura, 36, Maki Tsukada, 29, and Ayumi Tanimoto, 30 – acted as tournament instructors.

The writer pointed out that Kodokan judo founder, Jigoro Kano, resumed judo practice just one month after the Great Kanto Earthquake struck in 1923, encouraging people to produce something positive from the disaster. This was the lesson learned by those at the tournament in Hirosaki, Aomori Prefecture, on June 12.

“Kano’s best traits were his logical thinking and patriotism,” says Naoki Murata, who works at Kodokan’s library and reference materials division. Murata believes those traits were what led Kano to realize the significance of sports so soon after the Great Kanto Earthquake.