A Note from Michael Eldred

Currently I am ranked number one in the USA and trying to qualify for the 2012 Olympics in London. This requires me to travel for training and competitions. With all of the travel I am doing, I am not able to attend classes at Boise State University to finish my Mechanical Engineering degree. So to continue my academic career while trying to qualify for the Olympics I am taking Independent Study Business classes. I will use these classes to receive a minor or second major in Business.

I am currently an assistant instructor at Western Idaho Judo Institute. Two times a week I am in charge of running the "beginning kids" class. In the last year I have put on several judo clinics in my region to help develop judo in Idaho. In the future I plan on starting my own Dojo. My hard work and dedication to Judo and school are going to continue into the future so I can become a productive asset to our society. 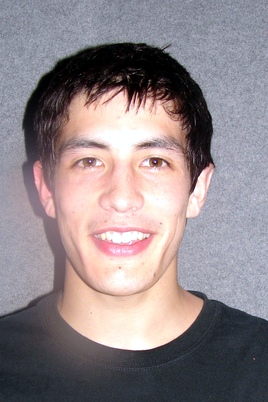 The win moves Eldred back into the #1 ranking in the United States in the 73kg division and makes him one of just three U.S. players to win a medal on the World Tour this year.

With the score tied at a shido (penalty) apiece, Eldred threw Pelasio Rageci (FIJ) for a waza-ari (half-point) score and then pinned him to end the match.

In his next match, Eldred met Olivier Aubin-Mercier (CAN) for the second time in less than a month. Eldred defeated Aubin-Mercier at the Rendez-Vous Canada in Montreal in October, but this time Aubin-Mercier took the win by ippon (instant win).

Eldred’s next match was a quick defeat of Adrian Leat (NZL) who he beat by ippon (instant win) during the first exchange.

Fighting for bronze, Eldred led by two yukos (quarter-point each) and a waza-ari score before winning match against Lee Calder (NZL) by ippon.