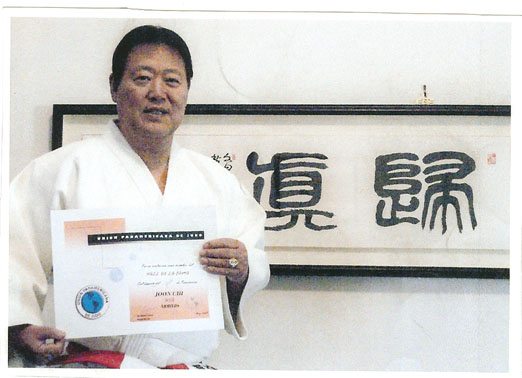 Chi conducts Referee Seminars worldwide several times per year. These seminars are conducted to update current referees in changes in rules and trains referees for certification to officiate in Judo.

Chi and his family lived in Edina for 30 years and recently moved to Shakopee, MN.

Joon was born in the city of Seoul, Korea on the 31st of March of 1944, he started his career of this magnificent sport at a very early age that encloses a connotation of the life of Joon Chi, and that is why to uncover the life of Joon Chi in Judo is very easy, but at the same time very extense, on the 31st of March of this year Joon celebrated his 64th birthday in which 50 have been dedicated to the sport of judo and his family, he lives for judo, he works tireless for the development of refereeing, one day Joon said: "Judo is my system of life, it is a positive influence that has had many effects in many facets of my life. The positive attitude of judo has allowed me to be around great people, and this has helped me to be the person I am today."

The Panamerican Judo Union inducted Mr. Joon Chi as an immortal member of the Panamerican Judo Hall of Fame and from these pages we will like to publicly recognize this great achievement. CONGRATULATIONS JOON!!! A very well deserved acknowledgement of all of your work and effort in favor of judo from this continent.